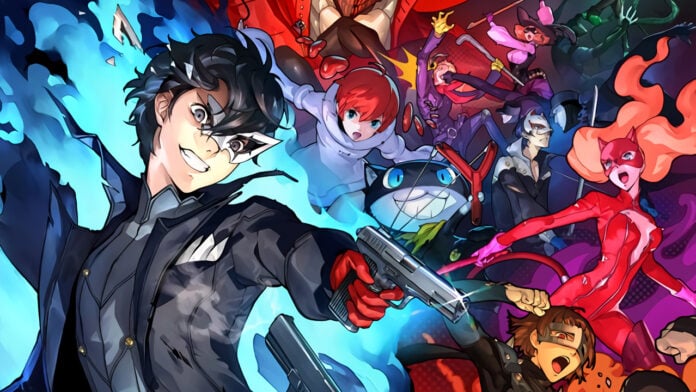 With so many characters to choose from, it can be difficult to pick the absolute best in Persona 5 Strikers. Most of the characters have no trouble holding their own in a fight, thanks to the many diverse abilities they learn, but if you’re playing at a high difficulty level, you have to bring the best characters with you to make sure you can survive the battles against Shadows.

Here are the best, and worst, characters available in Persona 5 Strikers.

Joker is so powerful that he needs to be in a tier of his own. As he has the ability to switch Personas at will, Joker is a true powerhouse that can be played as a physical, gun or magic damage dealer, as a magic damage dealer or as a support character that can heal the party and apply buffs and debuffs. He also comes with a very versatile moveset featuring fast hitting combos that are unlikely to be interrupted.

S Tier characters are not as strong as Joker is, but they can still hold their own with little to no support from other party members. The S Tier characters in Persona 5 Strikers are new characters Sophie, Wolf as well as Fox and Queen.

Sophie is the best healer in the game, but she also comes with great support abilities and Bless damage spells. Her only downside is her combos, which do feel strange and make her unsuited for frontline combat.

Wolf is the exact opposite of Sophie. While he cannot heal other party members, he comes with tons of amazing abilities that deal physical, gun and Almighy damage. The latter is especially good, as it can bypass the Weakness system and deal the maximum amount of damage possible against all types of enemies. Fury is also a great ability that enhances his strength and range, at the cost of HP. As such, he must be paired with healers to stay alive.

Fox is possibly the best character to deal physical damage, thanks to his amazing combos that have tons of horizontal range, and his powerful counterattack. Some of his Master Arts also let the character unleash more critical hits, which make Fox even more powerful.

Queen, like Fox, has amazing range for her combos and great mobility with her Persona, with the addition of better versatility thanks to the skills that let her heal and buff the party’s defense. She doesn’t deal as much damage as Fox, however, so you should look elsewhere if you’re looking for a pure damage dealer.

Skull excels at dealing physical damage also thanks to his Charge ability. Unfortunately, charging leaves him completely defenseless, so he must be paired with healers to stay alive. He can also buff the party with his skills and has a more than decent gun attack with great range.

Panther functions a lot like Queen, but her mobility is lacking compared to her, and her combos are somewhat on the slow side. At the same time, she can also heal decently, debuff and apply the brainwash status ailment. With better mobility, she would have been on the same level as Queen.

Noir is an interesting character that can down enemies weak to Psychokinesis, has great Gun skills, can apply the fear status ailment and even buff the party. Unfortunately, she doesn’t excel at anything, so she is very situational and not a good choice for all battle scenarios.

Mona is the only character in B tier, and effectively the character that is the hardest to use properly. His moveset is actually quite decent, but the fact that Zoro’s skills are geared mostly towards healing and support, makes the character considerably less versatile than all the others.