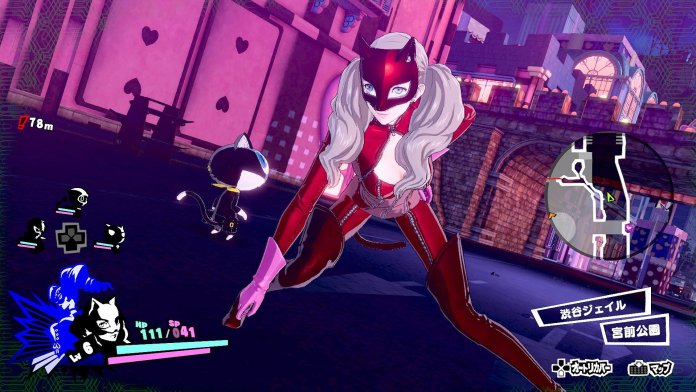 Persona 5 Strikers playable cast is incredibly varied, and every character has his or her own unique skills that make the combat experience fun, no matter who you are currently using. Unlike other Warriors series spin-off games, however, you really cannot mash your way to victory here, as you need to take tons of mechanics into account, such as the Weakness system.

Ann Takamaki, also known as Panther, is back in Persona 5 Strikers, and she is possibly even more useful than she was in the original Persona 5. While she is not as versatile as Joker, she is almost always a great asset in combat thanks to her moveset and unique abilities.

Panther wasn’t exactly a massive physical damage dealer in the original Persona 5, but things have changed considerably since the previous adventure. In Persona 5 Strikers, her whip grants her attacks and combos an amazingly wide range, letting her dispose of multiple enemies with just a few attacks. She isn’t an extremely fast character, however, so you should consider pairing her with a fast character like Mona to cover for her weakness and let her unleash her true potential.

As already mentioned, Panther’s combos have amazing range, making her an extremely solid choice for regular enemy encounters. Her combos become even better with Enchant, a special ability activated by pressing the X button that temporarily applies the Fire element to her regular attacks. Pressing X again straight after activating Enchant unleashes a powerful chain of attacks that removes the Fire property once the attack is over.

Panther’s magical offensive capabilities have been somewhat nerfed in Persona 5 Strikers over the original game, as she doesn’t get access to Agidyne anymore. Still, she is great against Shadows weak against fire, as both Agilao and Maragion work great in conjunction with Fire Boost. Diarama, which restores a decent chunk of HP to a single target, Marin Karin, which charms enemies, and Tarunda, which decreases enemy attacks, make her great as a support character as well.