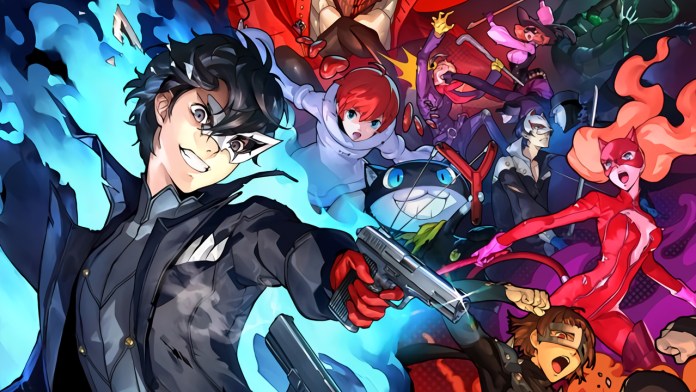 The wait has been quite long, but Persona 5 Strikers is almost upon us. The direct sequel to the amazing Persona 5 is an extremely good game, but it is sure to leave more than a few players confused, as it plays nothing like the original game or its enhanced version, Persona 5 Royal.

If change doesn’t scare you in the least, but still want to tread unknown ground with some help, you have come to the right place. Here are some useful Persona 5 Strikers tips to get you started on this new adventure in the depths of the human heart.

Play (Or Get Familiar With) Persona 5

This may sound like a no-brainer, but we cannot stress enough how much more enjoyable Persona 5 Strikers is if you have played Persona 5. The game does its very best to make you care about the Phantom Thieves even if you have no idea of who they are, but having knowledge of past events will make every interaction way more interesting. Many of the Persona 5 Strikers mechanics are also lifted straight from the original game, as mentioned above, so knowing about them beforehand can be a great help.

Despite featuring action gameplay, stocking on items in Persona 5 Strikers is just as important as it was in Persona 5. Always make sure to have enough restorative items before heading into the Jail, especially SP restoring items. Unlike in Persona 5, these items can be purchased from vending machines and shops, so make sure to stock up: no SP means no skills which means having an extremely hard time during battle.

I Know Your Weakness

The Weakness System from previous Persona games makes a comeback in Persona 5 Strikers, allowing your skills to deal increased damage if the enemy is weak to it. There’s only one way to learn which type of attack any enemy is weak against: using Third Eye. Or, you could just go through a trial-and-error process, but this comes with some risks, as attacks could be absorbed or reflected back at you, like in Persona 5. Attacking enemies with skills they are weak against may also down them temporarily, allowing you to attack them with impunity. This is especially important against bosses.

No matter how you like to fight, or which characters you like to use, you always must keep an eye out for the Showtime gauge. Once filled, this gauge lets any character unleash their special attack by pressing the X and A buttons. Make sure to use Baton Pass as often as possible to increase the Showtime gauge faster and be able to unleash the special attack more often.

A Great Defense Is a Good Offense

Despite being an action game, for the most part anyway, you should never forget that the RPG mechanics are in Persona 5 Strikers for a reason. Battles can often become chaotic, and if the enemies surround you, you have no choice but to get on the defensive. Prioritizing Personas with healing and -kaja skills is extremely important: buffs are a big help during most difficult enemy encounters, so do not be afraid of boosting attack and defense as often as possible, since these boosts do make a difference if you are having a hard time.

The Power Of Bonds

Confidants are a thing of the past, but Persona 5 Strikers still offers you the chance to deepen the relationship with the most important characters via the Bond system. Improving a relationship also comes with some combat perks, as you are able to spend points obtained by improving Bonds to learn special Bond Skills that grant HP, SP and stats boosts. Make sure to pick the skills you really want when having some points to spend, as there is no way to get these points back.