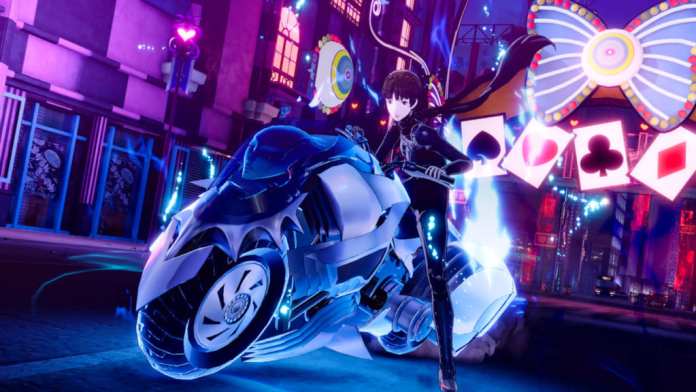 Makoto Niijima, also known as Queen, makes her comeback, alongside all the other members of the Phantom Thieves, in Persona 5 Strikers. Just like in the original Persona 5, she acts as an older sister figure that guides her companions, but she can also take down the strongest Shadows with the help of her unique Persona, Johanna.

Here’s everything you need to know about Queen in Persona 5 Strikers.

Queen in Persona 5 Strikers is unlike any other character in the game, as she is extremely versatile and can both fight on the frontlines or act as support effectively. Her defining trait is her unique attacks that let her ride her Persona Johanna while in combat: these attacks have amazing range, making her extremely good at crowd control.

Also, if you are fighting enemies that are weak against Nuclear, there’s no better character to bring with you than Queen. By pressing the X button, you can activate Burst, which makes regular and special skills with Johanna trigger explosions that deal Nuclear damage.

Queen is an extremely quick character, and her combos reflect her high agility, as they are both fast and hard-hitting. The YYYYX combo makes Queen ride Johanna and run through enemies, so make sure to always keep this combo ready in case you are being overrun by enemies and need to get out of the way quickly. The other combos do not have the same amazing range, so make sure to always fight close to other allies to avoid getting overwhelmed. This is something that you should be doing at all times, considering Queen doesn’t have great HP and cannot tank like Skull and other melee-oriented characters.

Outside of the Frei family of skills, which deal Nuclear damage, Johanna learns some incredibly useful supportive skills. Mediaharan makes Queen a great healer, while Rakukaja, Marakukaja, and Dekunda make her great at support, as the Rakukaja skills increase defense, and Dekunda removes debuffs. Defense Boost is also an extremely important skill, given how Queen’s HP is not as high as that of other characters.