Home Game Guides How To Get Free Primogems In Genshin Impact 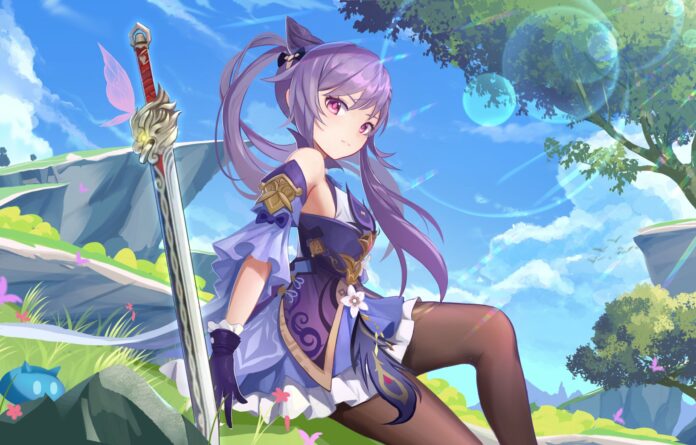 Being one of the most sought-after free to play, gacha-based role-playing game, Genshin Impact tries hard to maintain its status quo as a free to play title, rather than being a full pay to win videogame title.

While there are plenty of ways in which players can earn free Primogems in Genshin Impact, it can become a daunting task for new players who are not that well versed with the game.

And, to help such new players and the Genshin Impact community we have mentioned the best ways in which players can earn free Primogems in the game.

Here are ten of the most preferable ways to get free Primogems in Genshin Impact.

Spiral Abyss is a special type of Abyssal Domain in Genshin Impact that unlocks at Adventure Rank 20. It has twelve floors in total and each floor has three chambers. Each floor as well as the chambers have skirmishes and challenges that players have to complete within the required time to get a full three-star completion rating.

The best part about Spiral Abyss is that it provides a huge number of free Primogems. Each chamber of a Spiral Abyss offers 100 Primogems, redeemable after players complete the chamber with three star-rating.

So, with twelve floors – we have around 36 chambers, that in total reward players with around 3600 Primogems, that is equivalent 20 wishes.

Daily commission in Genshin Impact are yet another good source of free primogems. There are four daily commissions quests(refreshes each day) that reward ten to twenty primogems.

The Unusual Hilichurl, officially known as Hilichurl Wei – is a new type enemy that drops primogems. Hilichurl Wei was added in Genshin Impact with update 1.1, moreover, finding this unusual hilichurl is a daunting task.

Though you don’t have to worry as we already have a guide that covers all the locations where players can find Hilichurl Wei.

Treasure Chests of different categories are found in abundance all across Teyvat. Depending on the category-quality of the chest players receive a small number of free Primogems in Genshin Impact every-time they open a chest.

Giveaway events are a major source of getting free primogems in Genshin Impact. Look out for some big streamers, youtubers as well as the official miHoYo website. They all, quite often run giveaway events.

If you are not active on Genshin Impact’s social channels like twitter, or discord, then you may not know, but the developers always find a good reason to reward players with free primogems.

Related | How To Download and Play Genshin Impact Mobile on PC

Whether it be Genshin Impact’s award celebration, fixing bugs in characters like Mona and Keqing, or anything else. The developers always find a reason to give away free Primogems, which is mainly claimed via the in-game mail.

So, make sure to check your Genshin Impact in-game mail each and every day.

Achievements are a passive source for earning free primgems. There is a plethora of achievements that are a mix of small, moderate to hard challenges and tasks that upon completion grants free primogems.

Though, this one doesn’t need focus as most of the players unlock achievements while playing the game normally. But, if you are lacking a few primogems before a gacha-roll – the achievements list is the best place to look for.

The developers provide free promo codes every now and then, that rewards the players with free primogems. We have already gathered all available promo codes in Genshin Impact and a step by step guide, on how players can redeem the codes.

The Daily Login Rewards in Genshin Impact grants players around 300 Primogems each week. On the third login, players get 100 Primogems, and on the seventh login, they get 200 Primogems.

How To Get Free Primogems In Genshin Impact