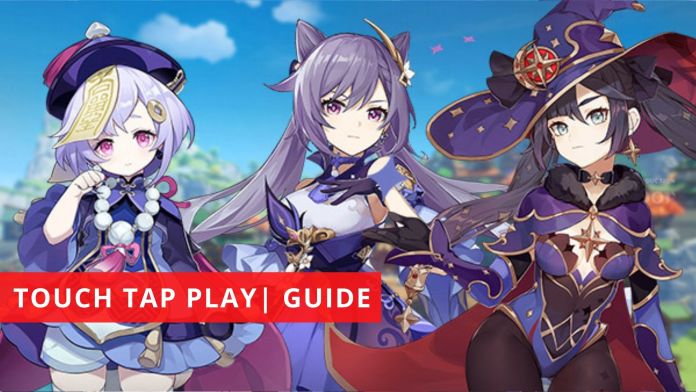 Genshin Impact is a role-playing game from Chinese videogame developer miHoYo. It has become widely popular in the gaming community due to its Anime like aesthetics, similarities to Legend of Zelda: Breath of the Wild and its new innovative gameplay, party system, story and more.

Genshin Impact launched on September 28, 2020, on platforms including PC, PS4, Android and iOS. Genshin Impact can easily confuse people with its game-related jargons, gameplay mechanics and more. So, today we have brought 5 Basic and Advanced tips and tricks that players should know before playing the game.

5 Basic & Advanced Tips & Tricks That You Should Know

Here are the five basic and advanced tips and tricks that we think players should know of before playing Genshin Impact.

Genshin Impact is a gacha-based game where players use “Wishes” to get new weapons and playable characters. If you are someone new to gacha games, then you should know about reroll. Generally, when players start with Genshin Impact, they get different “Fates”(one of the currencies for wishes). Moreover, when players reach adventure rank seven, they get 1600 primogems and a few other rewards.

In total, new players in Genshin Impact get around 20 to 25 wishes for free at the very beginning of the game. Use your first eight wishes on the beginners banner as it has guaranteed 4-star character(Noelle) drop.

Like many other gacha games, Genshin Impact also uses the “pity system,” i.e. after a specific roll if you don’t get a 5-star or 4-star character or weapon, then there’s a guaranteed drop of such items after a pre-designated number of rolls. Check our Genshin Impact pity system guide for an in-depth explanation.

So, the main tip we want to share is that if you don’t get useful items with your first wishes. Players should do reroll, i.e. make a new account and use wishes once again. Follow the same thing again and again until you get some excellent items in first wishes.

Genshin Impact offers a wide variety of chests(common, exquisite, etc.) and resources scattered throughout Teyvat. Make sure you get every chest that you encounter in your journey as they are an essential part of the game. They provide EXP for levelling up adventure rank in Genshin Impact. Also, they provide items like artefacts, weapons and other items that are very crucial for your journey.

Collecting resources in Genshin Impact is as important as it has been in any other role-playing game. But unlike a few other role-playing games, Genshin Impact has a tremendous load amount. In simple words, players can stack everything inside their inventory without the fear of getting over cumbered. So, make sure to grab every shiny object that you encounter while playing the game.

3.) Stamina Management is the key to exploration

4.) Always save your Resins

Resins are the currencies used to claim rewards from dungeons, world bosses, events and more. There is a resin limit of 120 per day(gradually gets restored). If you run out of resins, you can no more claim rewards. So, make sure to use resins on dungeons, bosses and others that grant you rewards required for that particular moment. (Character or Weapon Ascension)

Do not use your “Adventure Rank EXP” and “Enhancement ores” on characters or weapons that you won’t use in future as these resources are hard to get in the late game. Make sure to save some from the very beginning so that when you get your favourite character or weapon you can upgrade is without any problem.

Related: How To Fix Lag On Genshin Impact Mobile

Genshin Impact: 5 Basic & Advanced Tips & Tricks That You Should Know