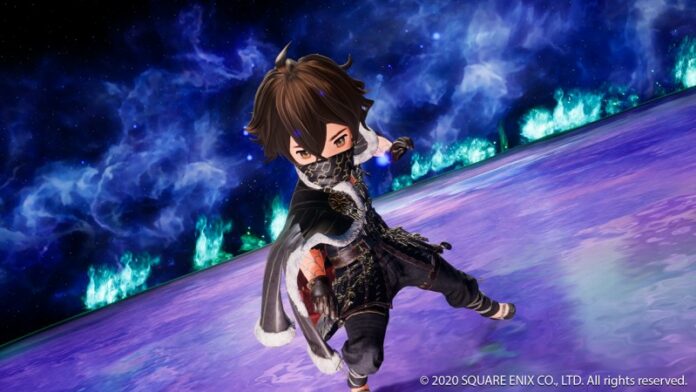 With so many Jobs available in the game, there are a lot of possible customization options in Bravely Default II that can literally break the game’s difficulty. Coming up with these powerful Job Combos is definitely part of the fun, but if you really do not want to study all of the Jobs’ abilities to see which ones can be paired effectively, you have come to the right place.

The Red Mage isn’t a particularly powerful Job, but some of its abilities make it a great sub-Job choice for any magic-focused Job. Two Red Mage Job abilities are pretty much essential for any magic-wielding Job: Magic Critical and Revenge.

Magic Critical, learned at Job Level 7, lets any offensive spell get the chance to inflict a Critical Hit for increased damage, while Revenge grants a 25% chance of BP getting restored upon damage. As many late-game enemies and bosses have attacks and spells that hit the whole party, and that can sap BP as well, having this ability will let your mage stay on the offensive or support the party with healing and buffs.

Unlike the previous Job Combo, combining the abilities of any offensive Mage and the Oracle will let you obliterate any enemy weak to magic.

Creating this combo is one of the few ways to use the Oracle’s abilities effectively, as the Job’s offensive capabilities are not all that exciting. Noble Sacrifice is also another important ability to learn, as it lets the user revive the entire party in exchange for their own life. Additionally, the Moonlighting Specialty lets the Oracle inherit all stats and weapon aptitudes of the sub-Job, meaning that you can pick a sub-Job with amazing MP to make the Oracle cast more magic without having to restore them every so often.

The Shieldmaster – Bravebearer Job Combo is definitely the ultimate tank Job Combo, which is no surprise, considering the Bravebearer is among the best Jobs in Bravely Default II, if not the very best, and that it can be combined with pretty much any Job effectively.

What makes this combination so powerful is the fact that the Bravebearer abilities, like the excellent Equalizer, require BP and MP to be used, and the Shieldmaster abilities actually let the character restore them while protecting allies. And you do not even have to worry about staying on the defensive all the time, as the Bravebearer abilities are used to increase the party’s BP, letting them pick up the slack and attack multiple times per turn without penalty.

The Pictomancer – Bard Job Combo is a very straightforward one, but one that works surprisingly well, especially in boss battles.

The two Jobs come with debuffing and buffing abilities that make any character using them invaluable in battle, especially against bosses. As you definitely do not want two characters stuck doing support during battles, combining the abilities in a single Job Combo can be quite effective, especially if you are using any other tanky Job Combo that can provide the proper defense to the Pictomancer – Bard character, as their stats are definitely on the low side, and no ability learned by the two Job makes up for them.

If there ever is an award for most broken Job Combo in Bravely Default II for battles against multiple targets, it would go to the Hellblade – Salve Maker combo without a doubt.

The main goal of this Job Combo is to unleash the Hellblade’s Ultima Sword at full power every time with the help of the Red Mage’s HP/MP Converter, which makes every MP consuming ability use HP instead and powers it up by 10 times by increasing its cost. Thanks to the Salve Maker abilities, you will be able to heal properly and unleash the move’s full potential.

While this doesn’t sound exactly effective compared to other ability combos, there is an additional ability you can learn to make the Ultima Sword truly devastating. Across the Board from the Bravebearer makes every single target ability hit all targets instead, which is great to have when taking on multiple bosses at the same time. No other ability can hit multiple targets at once like a fully powered Ultima Sword does.