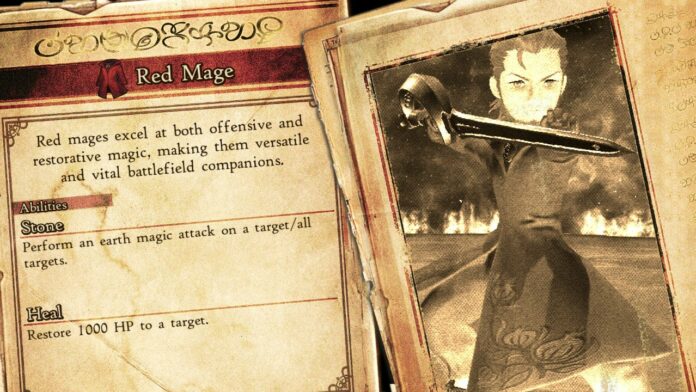 Bravely Default II features multiple magic-focused Jobs, but very few of them are as good as the Red Mage Job is. This job is quite apt at exploiting weaknesses, making it an excellent choice for battles against both regular mobs and bosses.

Here’s everything you need to know about the Red Mage Job.

Unlike in other classic games where the Red Mage Job was a sort of magic-focus jack-of-all-trades Job that could use spells belonging to different categories, in Bravely Default II, the Red Mage has access to its own unique list of spells as well as to a peculiar ability via the Speciality Nuisance that lets the Job inflict different status ailments depending on the element of the used spell. As such, the best possible Sub-Job for a Red Mage is the Black Mage, so as to have the full range of elemental spells available at any time.

Once at Job Level 12, the Red Mage becomes even more of a powerhouse thanks to the Chain Spell speciality, which lets a Red Mage cast any spell twice. Coupled with the Magic Critical ability, which enables critical hits for magic, the Red Mage can hit very hard in a single turn, making it one of the best Jobs in the game.

Together with the extremely useful Nuisance and Chainspell specialities, the Red Mage also has access to Gale Force Flurry, a powerful wind attack that hits all enemies and increases Magical Attack and Speed by 15%. You need to use Red Magic 13 times to use this special attack.

Alongside some offensive spells, the Red Mage also learns some support spells as well as some abilities that enhance its magic-casting capabilities.