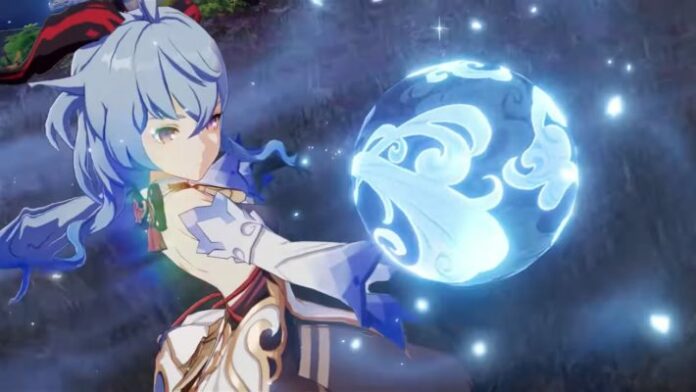 Genshin Impact 1.2 update is going to release in one week. Players are almost done with the first major update 1.1, and they are eagerly waiting to try out the set of new playable characters, new locations, weapons, and other new content that the update 1.2 will bring.

And, today we have have gathered some of the best suited artifact sets and weapons for Ganyu’s high DPS build. So, that players can start collecting the missing pieces of artifact sets and be ready once Ganyu’s banner releases on January 13, 2021.

If you are well versed with Genshin Impact’s artifacts, weapons, food items, and elemental reactions and resonance – you must know that the game offers two types of high DPS builds, one focuses on dealing high physical DPS, and the second deals high elemental DPS.

For Ganyu’s Physical DPS build – as always we will be going with the Gladiator’s finale artifact set, because, it highly increases stats like ATK DMG%, ATK, CRIT Rate and CRIT DMG.

In our Childe’s high DPS build guide, we explained how – The Amos bow secondary stats increase the ATK% by 10.8% that can be further increased by upgrading the weapon, as well as ascending. Meanwhile, the Viridescent Hunt Bow increases the ATK value and increase the CRIT RATE% as a bonus.

Being a Cyro user, Ganyu is one of the many characters that can bring out the full potential of the Blizzard Strayer set. as it is a Cryo Generalist Set in Genshin Impact that increases the cryo damage as well as the CRIT Rate.

When it comes down to choosing a bow for high elemental DPS build for Ganyu, we would recommend the four-star bow – The Stringless. As it is one of the best, if not the best bow’s in Genshin Impact.

The Stringless base ATK DMG is 42, and the secondary stat offered by the bow is an increase in elemental mastery. Moreover, the special effect of the weapon
increases Elemental Skill and Elemental Burst DMG by 24%.