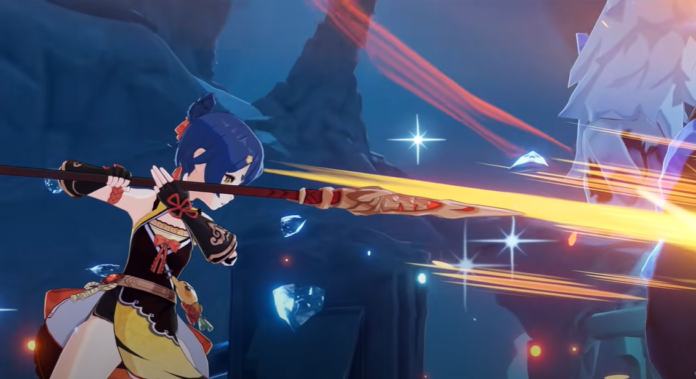 Being one of the widely popular gacha-based role-playing game, Genshin Impact’s arsenal and playable characters are the main content for the game. Also, serving as the main source of revenue.

With every major update, or a new banner added – Genshin Impact gets new weapons either in the form of in-game rewards or inside an updated weapon’s banner, Epitome Invocation.

This time around, in the wake of the hype around the Genshin Impact 1.2 update – players are eagerly waiting to try out new weapons, locations, playable characters, and other new content that are to be added to the game.

We have covered major details related to the upcoming update – as well as guides on Genshin Impact 1.2 update, make sure to check it out.

At the time of writing, there are four new weapons that are to be introduced in Genshin Impact with update 1.2, also these weapons can be claimed by either crafting, clearing ruins and solving puzzles, completing The Chalk Prince and the Dragon event storyline, or by offering materials to the newly introduced Frostbearing Tree.

In short, all four weapons are claimed by doing certain things in the game – no microtransactions, wishes required.

Guide: Genshin Impact Update 1.2: How To Get Dragonspine Spear

Guide: How To Get The Festering Desire Sword In Genshin Impact

The weapons banner – Epitome Invocation will also have some timed exclusive weapons, though there is not much details on that front to share. However, we will update this list once we get any official news on reveals regarding the weapons banner.