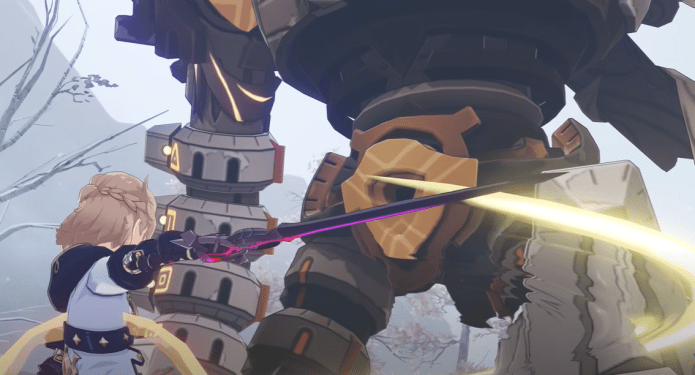 Genshin Impact 1.2 Update is right around the corner and we have a plenitude of new items, quests, playable characters, and other content coming to the game. While the players are eagerly waiting to indulge themselves with the new update. We have prepared a handy guide on how players can get new weapons coming with Genshin Impact 1.2 update.

As of now, there are four new weapons coming with Genshin Impact 1.2 Update, and all of them are free.

Players can unlock these weapons by completing quests, finding particular items and resources to craft, or by offering small fragments of a new material called Crimson Agate to the Frostbearing Tree to claim many rewards – one of them being the four-star catalyst Frostbearer, solving puzzles and much more.

Today we are going to share the requirements and steps involved for getting the Genshin Impact 1.2 update featured sword “Festering Desire“.

How to get the Festering Desire Sword

In order to get the featured sword “Festering Desire” players need to partake in Genshin Impact’s new seasonal event “The Chalk Prince and the Dragon“. On the same note, you must be at least Adventure Rank 20 or above to take part in the event.

For players who don’t know, The Chalk Prince and the Dragon event includes a storyline that follows the Traveler – Aether or Lumine and the new five-star character Albedo – Who serves as the Chief Alchemist as well as the Captain of the Investigation Team of the Knights of Favonius in Mondstadt on a journey to the cold mountains of Dragonspine to investigate the location, as well as, a mysteriously powerful sword called Festering Desire.

As mentioned earlier, players must complete The Chalk Prince and the Dragon event storyline – to keep the Festering Desire sword.

How to Refine Festering Desire sword in Genshin Impact

By completing additional tasks, redeeming items and challenges in the aforementioned event, players can get buy the blueprints of the Festering Desire sword from the event shop.

Afterwards, the sword can be crafted and used to refined the exiting Festering Desire sword to max level.

How To Get The Festering Desire Sword In Genshin Impact