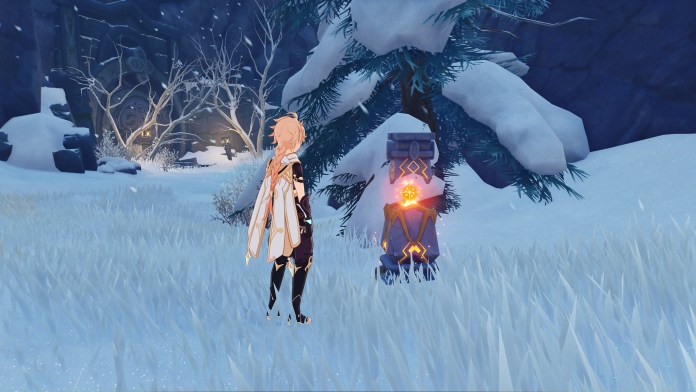 A party system, elemental attacks, and damages, roster of playable characters, anime-like-aesthetics are the very few of many things that separates miHoYo’s masterpiece of a title – Genshin Impact from Legend of Zelda: Breath of the Wild.

Genshin Impact’s first major update is coming to an end now, players are preparing for the next major update, i.e version 1.2. With the new update, the developers are adding a new location – Dragonspine alongside a plethora of new content related to the new location.

The Dragonspine is a snowy mountain at high altitude and relatively low temperature – so low that players may die due to frostbite. The official description of the location reads – ” Dragonspine is an enormous mountain that holds the remains of the venomous dragon, Durin, who fell here after the battle with Dvalin.”

To survive the cold harsh temperature of Dragonspine mountain, players need a continuous source of heat, else there is a new mechanic called Sheer Cold that shows the exposure to cold.

Upon entering the Dragonspine area this new sheer cold meter appears at top of players HP bar. As the time passes the sheer cold meter goes up, and if the players aren’t able to find a heat source they will die.

Nuanced gameplay mechanics and creativity with every new update is what makes Genshin Impact a fun game to play. And, to help the players counter this new sheer cold meter we have prepared a list of heat sources that they can find in Dragonspine location as well as craft portable heat sources.

Here are the confirmed heat sources where players can warm their characters to tackle the sheer cold meter in Genshin Impact’s – Dragonspine location.