Home Game Guides Genshin Impact 1.2: How To Set A Nickname For Your Friends 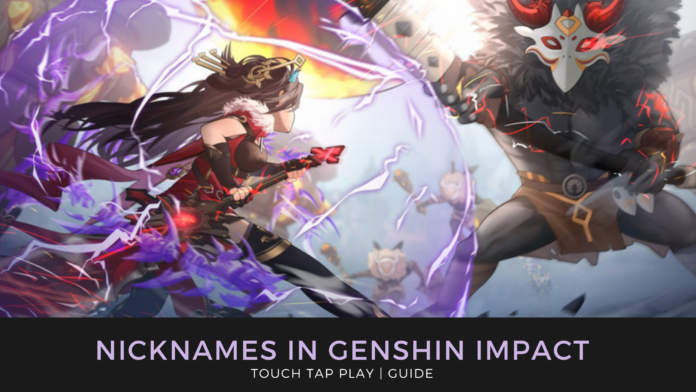 We are one week away from Genshin Impact’s second major update’s launch. The community is hyped, not only for new playable characters, location, story quests, or such other content but also for the quality of life changes that the new update brings with itself.

Genshin Impact is going to introduce some brand new features as well as some revamped ones – such as a private chat function, nickname, trackable pin, repeating domains without exiting, and much more.

One of the most profound features coming with the Genshin Impact 1.2 update is the nickname feature. Now, let’s be honest here – we all have friends who change their in-game names more than equipment.

This makes the upcoming nickname feature one of the most useful ones – and today we have prepared a handy guide showing how you can set a nickname for your friends in Genshin Impact once you get your hands on the new update.

How to assign Nickname for your friends in Genshin Impact

Assigning nicknames to your friends is a good way to remember them. Moreover, it helps players to keep track of friends who quite often change their IGN(in-game name) in Genshin Impact.

Step 1.) Open the Friends tab –> My Friends in Genshin Impact.

Step 2.) Click on the friend’s name – for whom you want to set nickname.

A small pop-up window with your friends chosen icon, adventure rank and word level will show up.

Step 3.) In the pop-up window, on the top-right corner – click on the three dots for an additional menu to show up.

Step 4.) Click on Set Name – now choose a suitable nickname for your friend.

Now whenever you enter a private chat or open the friend’s tab – for a particular friend, you can find your given nickname in blue color text appearing beside or below your friend’s name.

Genshin Impact 1.2: How To Set A Nickname For Your Friends