Go to City of Mondstadt and talk to Margaret

After talking to Margaret, you are given two choices, whether go look for Dandelion Seeds or Windwheel Asters. Depending on your choice you are given a location to look for the said item.

Pick Up the Item and Report to Margaret

In my case, I chose Dandelion Seeds and was asked to look for them near Starsnatch Cliff, even though I had aplenty of dandelion seeds in inventory.

After you are done picking item, give them to Margaret and now is time for the quest’s main part. Listen to Margaret’s instruction and mix the drink or just follow the below mentioned sequence and you will get the job done.

Give the Special Beverage to Margaret

Now give the finished special beverage to Margaret. She will taste the newly mixed drink and ask you to get review for the new drink from different people in Mondstadt.

As always, we talk to Nimrod and ask him about the new drink.

Talk to Aramis and get his thoughts on the new drink.

Finally, talk to Nora and report back to Margaret.

Report back to Margaret

After you report people’s take on the new drink you complete Genshin Impact’s Windbrew quest. You get 20 Primogems and 2 Hero’s Wit as a reward. 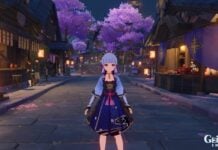 How to get Hakushin Ring Blueprint in Genshin Impact

How to Remove Tatarasuna Barrier in Genshin Impact 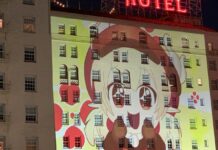