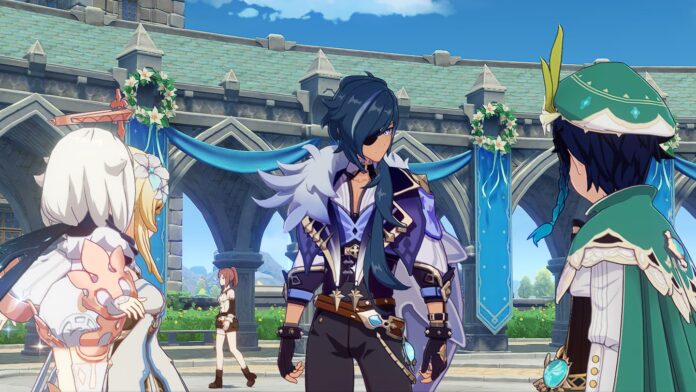 Genshin Impact Windblume Festival event is currently underway. The new event brings a plentitude of new content to the table, including new story quests, mini-games, weapons, rewards, and much more. The Ode to Flower and Cloud is the introductory story quest for Genshin Impact’s Invitation to Windblume event. In this guide, we will talk about Ode to Flower and Cloud quest and what players have to do to complete it.

Ode to Flower and Cloud story quest is automatically triggered when players enter the City of Mondstadt. Once players complete this story quest, they are free to take part in all the mini-games and challenges that comes with Genshin Impact’s Windblume Festival Event.

Talk to Sara at Good Hunters

Once you done exploring, Talk to Sara at Good Hunters. After you exhaust her dialogues, you have to talk to Marjorie.

Talk to Marjorie at the Souvenir Shop

Talk to Marjorie at With Wind Comes Glory souvenir shop. Once you exhaust her dialogues. You will have to talk to Katheryne next.

Talk to Flora at the flower shop

Go to Mondstadt Plaza and talk to Venti

Listen to and solve the trouble of the citizenry (0/3)

To get past this part of the quest, players have to talk to three NPC, Albert, Marvin and Ellin, all of them are at the Mondstadt plaza. From the foot of Barbatos where you talked to Venti, go straight to talk to Ellin, left to talk to Albert and right to talk to Marvin.

1.) Talk to Albert and give him advice regarding Barbara.

2.) Talk to Marvin and give him advice regarding Marla.

3.) Talk to Ellin and give her advice regarding Jean.

Once you are done giving advice to the aforementioned people, talk to Venti, who is standing right where he was before, in Mondstadt plaza, at the foot of Barbatos statue.

After players have exhausted all the conversation between Venti, Kaeya and Traveler(Paimon usually talks). The quest will end.

Players will get 60 Primogems, 30,000 Mora and 3 Hero’s Wit for completing the story quest Ode to Flower and Cloud.

Now go back to Windblume event page –> Anecdotes section and you can take on other story quests – THose Hard-to-Reach Places and “Quiet, please, this is a Library!”.