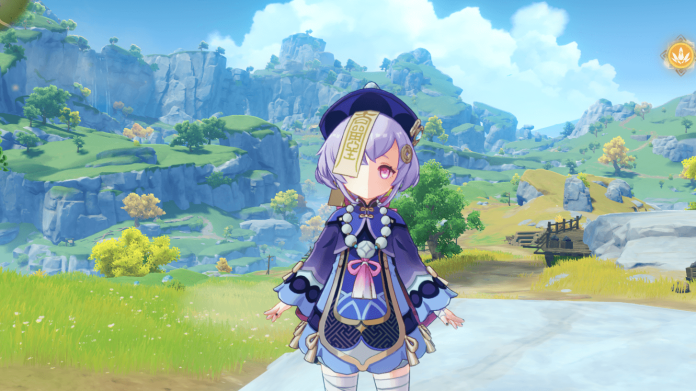 The Chasm in Genshin Impact was one of the biggest mining locations in Liyue where miners from all over the region went to mine precious noctilucous rocks(probably noctilucous jade), crimson ores, etc – until it was closed by the Yuehai Pavilion as there were mysterious accidents happening all over the mines.

Genshin Impact 1.2 update brought a new location, Dragonspine – and players who have been exploring this new location, as well as, completing the new quests related to Dragonspine might already find many similarities between the two locations – The Chasm and Dragonspine. And, thanks to that we can speculate the release of the Chasm in Genshin Impact.

The Chasm will most probably release with a separate Genshin Impact major update. Similar to Dragonspine location, the Chasm will feature its own quests, events, and much more.

Players have explored the heights of Dragonspine mountain, and with the release of Chasm – they will explore the Depths of the mysterious mine where peculiarities happen every now and then.

So, when will the chasm release in Genshin Impact? The answer to that depends on pure speculation, but following the sequence of past updates, our speculation might sound plausible. Genshin Impact 1.3 update will introduce a new region called Inazuma, and we will never get two new locations at the same time. The Chasm may get introduced in Genshin Impact with update 1.5 update.

[Update Made on March 18, 2021] The Chasm will release on April 27, 2021, with Genshin Impact 1.5 update. It will feature a new boss called Dahaka – who later on becomes a new weekly boss in Genshin Impact. The Chasm’s story is related to Zhongli, and we may see Baizhu during the Chasm questline.

Related | How to get Triple-Layered Consommé Recipe in Genshin Impact

When it comes to update and addition of new content, miHoYo is one of the very few game development studios that remain systematic – even with the current pandemic. And, with the past update – whether it is a new banner, a new major update, event, or anything else – they all release in a systematic way and the updates always release on schedule without any irregularities.

How to get to the Chasm in Genshin Impact

The Chasm is not yet unlocked in Genshin Impact, but the players can visit the sealed main gate of the Chasm. Travel to the Lingju Pass teleport waypoint and then make your way towards the player icon, as shown in the below map.

There you will meet Shizhuang the Strong, standing in front of the sealed door – that will take you to the biggest mine in Liyue – the Chasm.

We recommend players to talk to Shizhuang as he shares a lot of details regarding the Chasm and why it was closed by the Liyue Qixing.

Upon talking to Shizhuang, players comes to know that the mining work in the Chasm was stopped after the miners found something terrifying – probably a monster as the NPC even mentions that a miner who saw the thing is still in Coma.

This clearly hints that similar to Dragonspine, the Chasm in Genshin Impact will also come with new enemies, world bosses, events, quests, and much more. And, this time around, the Traveler and the Liyue Qixing will try to take back the chasm from the grasp of monsters.

Related | Genshin Impact Cheats: All you need to know

So, players should expect the new events and quests related to the chasm to arrive with Genshin Impact update 1.5.

If there is any new official news regarding the chasm in Genshin Impact – we will update this article, accordingly.