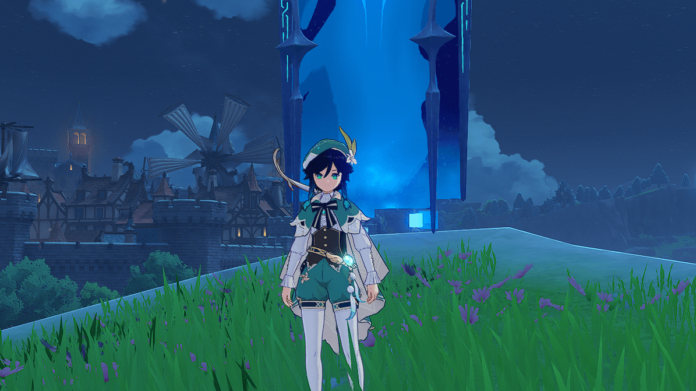 Genshin Impact’s Windblume Festival Event is currently underway, the new version 1.4 update comes packed with new events, mini-games, weapons, re-run banners, free rewards, and much more. The Windblume Festival event constitutes several mini-games that comes under two mini-events – Festive Challenges and the Peculiar Wonderland Event. In this Genshin Impact guide, we will talk about, Peculiar Wonderland Event, its rewards, the different mini-games it offers and how to tackle them easily.

Related | How to start the Genshin Impact Windblume Festival Event

In Genshin Impact’s Peculiar Wonderland event, players can access the challenges from the domain gate below of Whispering Woods. Players can do the event mini-game challenges in co-op or solo, we recommend players to use co-op mode as it is more fun and the mini-games will be a lot easier.

Once players start the Peculiar Wonderland event challenge, they will have to complete three random mini-games. Once that is done, players have to fight a Pyro Regisvine to complete the challenge and get 200 Peculiar Collab Coupons.

During the mini games, if players reach a certain amount of points, they will get additional buffs during the battle with Pyro Regisvine.

By taking part in the Peculiar Wonderland Event, Genshin Impact players can earn Peculiar Collab Coupons which is used in the Windblume Festival event shop to get a variety of items including – weapon ascension items, the new four-star bow Windblume Ode and much more.

Here is the complete list of rewards that players can get from Peculiar Wonderland Event.

Here is the list of all mini-games that players can take part in during Genshin Impact’s Windblume Festival Peculiar Wonderland event.

In this mini-game, players stand on mid-air platforms that judder for a while before collapsing. The main aim here is to collect a flower-like item to meet the Facundity(event-exclusive points) requirement. If players fall they lose Facundity, and they are out of the mini-game. It is easier to do in co-op as even if one of you fall, the other teammates can complete the mini-game while you wait behind an invisible wall.

Collect Falling Crowns, avoid red ones as it will deduct a certain amount of Facundity points.

void barrage of projectiles and collect the required amount of Facundity to complete this mini-game successfully. The best trick here is to stay on the edge of the arena and keep running and collecting flower-like item to meet the Facundity requirement. Since the projectiles are stuck to the ground I tried using Albedo and Venti to stay above ground to avoid hitting the projectiles, however, that doesn’t work and even if you are in mid-air it counts as a hit.

To tackle this mini-game, players have to meet the Facundity requirement within said time. So, avoiding the water bubbles as if you get stuck, you can’t move for 3 to 4 seconds. The early part of this mini-game is easy as there will be a lot of time to avoid the bubbles but as you move forward it will get harder.

Remember Fall Guys? this one will give you the same vibe. You have to memorise the correct path, and when the mini-starts, follow the same path, as, choosing the wrong path/tile will deduct Facundity points and you will fall to try again.

Shimmering Path – Not yet unlocked

No Landing – Not yet unlocked

Bubble Speedster – Not yet unlocked