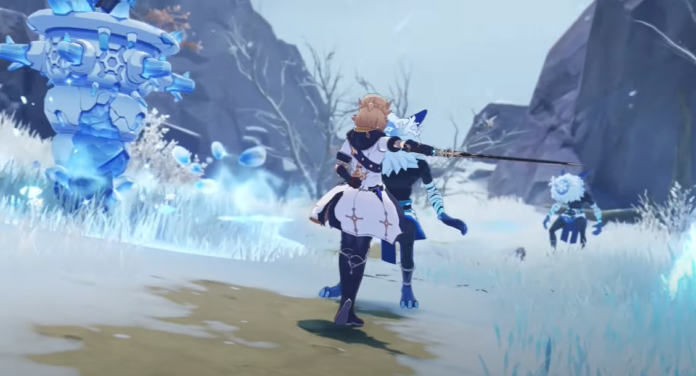 Genshin Impact version 1.2 update is now live and running. Players have already started to dig into the large pool of content that the new update has brought. Similar to the previous major update, we have new banners to roll. Albedo’s banner – Secretum Secretorum and the Weapons Banner – Epitome Invocation are available right now, though the question is should you be rolling for these new banners?

In one of our previous articles, we talked about Albedo’s Banner – Secretum Secretorum in detail and should players roll for his banner?. Now, what’s left is the nuanced version of the Weapons banner – Epitome Invocation, that has introduced a new timed-exclusive sword “Summit Shaper“, that is capable of becoming the next best high DPS sword in Genshin Impact.

In today’s guide, we are going to talk about Summit Shaper weapon stats, how players can get summit shaper in Genshin Impact, and a few other details on the weapons. So, without any further ado, let us move on to the main topic.

What is Summit Shaper in Genshin Impact?

Summit Shaper is a new five-star sword introduced to Genshin Impact with the version 1.2 update. The official description of the sword reads, “A symbol of a legendary pact, this sharp blade once cut off the peak of a mountain“. This new sword is the main featured weapon in Genshin Impact’s updated Epitome Invocation banner, commonly known as weapons banner.

On a brief note, the Summit Shaper increases the wielder’s shield strength, granted they have any active shield. Also, it boosts the attack damage that stacks up to five, moreover, when under the protection of a shield, the ATK boost effectiveness is increased.

How to get Summit Shaper in Genshin Impact

Players can get the timed exclusive five-star sword Summit Shaper from the event wish banner – Epitome Invocation. The banner is live right now and it will end on January 12, 2021, at 15:59:59(Server Time).

The Summit Shaper comes with a drop rate boost. And, players should definitely roll for the Summit Shaper sword, as it offers great offensive and defensive stats. Also, it is a sword and with the ATK % stats and the passive ability of the sword, it is one of the best, if not the best DPS weapons to get in Genshin Impact – granted you have enough Primogems to roll for the Epitome Invocation banner.