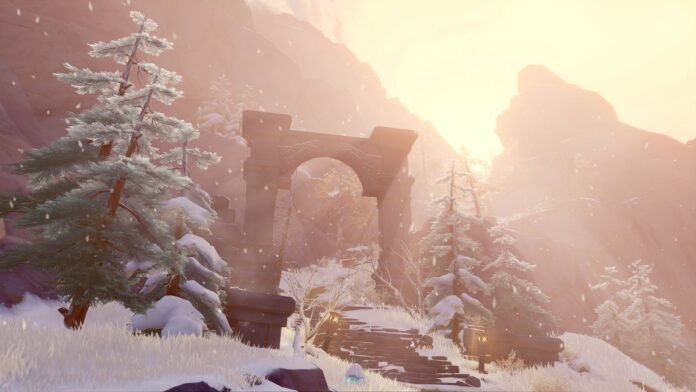 Being one of the critically acclaimed roleplaying games of the year 2020, Genshin Impact always fills us with awe, with its new content updates that often come in the form of new events, character banners, story quests, locations, dungeons, and much more.

Genshin Impact’s second major update is set to release on December 23, 2020. And, for the first time PC users are now able to pre-download the game -starting tomorrow, i.e, December 21, 2020. For the time being, this Genshin Impact new preload feature is exclusive to the PC platform. Though, in the near future, the preload feature will be added to the Mobile and PlayStation platforms.

Dragonspine is a brand new location coming with Genshin Impact’s version 1.2 update. It is a large snowy area with the Dragonspine mountain at the center, alongside big caves, dunegons, long-lost civilization, etc.

Related | Genshin Impact Version 1.2 Event: The Chalk Prince and the Dragon, All Major Details you need to know

The Version 1.2 update of Genshin Impact offers a large pool of content and players are eagerly waiting to dive right into it. Though, we have still three more days till the update arrives. So, in the meantime – why don’t we check out the list of notable areas in Dragonspine location that you might want to visit first when the Genshin Impact 1.2 update is live and running.

Here is a list of all notable landmarks/places where you might want to visit first – when you get your hands on the new Genshin Impact version 1.2 update.

The Entombed city is described as the ancient city of a long lost civilization that lies silent beneath the eternal ice. This location holds a variety of puzzles that players have to solve.

The most interesting part about the Entombed city is that it houses the upcoming four-star Claymore- Snow Tombed Starsilver. Solve the mystery of the now-destroyed kingdom and claim the Claymore as a reward.

The Starglow Cavern is officially described as – “A great cavern spanning the depths of Dragonspine,” where “Peculiar glowing vegetation grows throughout the cavern, illuminating even the deepest, darkest passages with its frigid glow”.

The Wyrmrest Valley has many sub-locations that you might see while exploring the Dragonspine location. Though the one that we recommend players to explore first is the Wymrest Valley Core.

As Wymrest Valley Core is the final resting place of the black dragon – Durin. The life force exuding from the dragon’s core has dyed the steep valley’s silvery snow in scarlet red.

Here are the two major sub-locations in Wyrmrest Valley-

There is not much details on the Snow Covered Path area, though seeing the its location on the map – we can assume that, it will be the path that the Traveler will take to enter the Dragonspine location.

The Syfrost Nail is a very important area in the Dragonspine location of Genshin Impact. Even though, we don’t have much information on the area – what we do know is that Skyfrost Nails holds a puzzle similar to the Nine Pillars of Peace.

Genshin Impact 1.2: List of Areas to Visit In Dragonspine Location