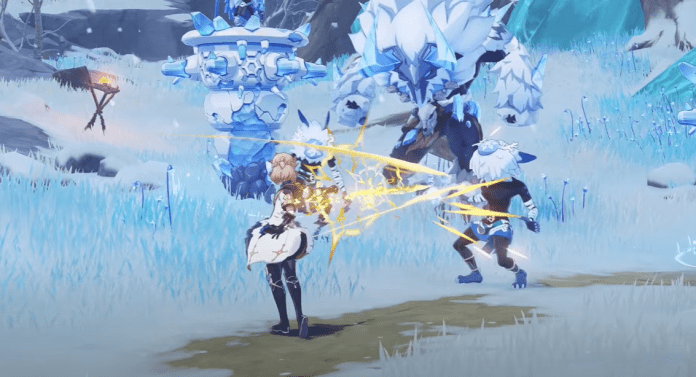 We are a few hours away from the commencement of Genshin Impact’s second major update. Version 1.2 update for Genshin Impact will be rolled out on December 23, 2020, worldwide at Server Time. Some players might have already downloaded Genshin Impact 1.2 update, as, an update preload feature was added on December 21, 2020, to the game’s PC version.

Genshin Impact Version 1.2 brings a plethora of new content to the game. Some of the most notable things are – a new location Dragonspine, two brand new five-star playable characters – Albedo and Ganyu, Five new weapons, a new gameplay mechanic called Absolute Zero Climate, and much more.

With version 1.2 update – there is a pool of content ready for players to dive right into. The new Dragonspine location is full of Treasure Chests to find, new areas to explore, dungeons and domains to conquer, world bosses to defeat, new daily quests, world quests, and story quests to complete, and plenty of other things to do.

Though in midst of all that new content we have a bunch of new enemies exclusive to the Dragonspine location. These new enemies have adapted to the cold harsh weather of Dragonspine. Things are not going to be easy for the Traveler – Aether or Lumine. But, players can make their life a little easier by knowing all-new enemies added to Genshin Impact with 1.2 update beforehand.

Here is a complete list of all enemies added to Genshin Impact with the new update.

List of All New Enemies Coming with Genshin Impact 1.2 Update