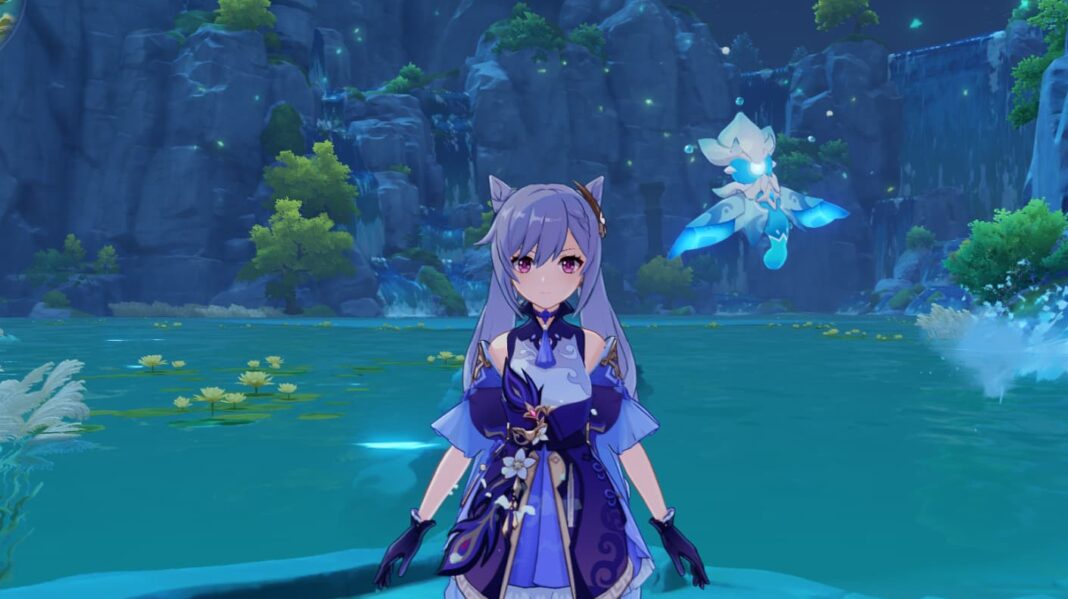 Rhodeia’s Rage is a new challenge that came along with the Genshin Impact’s Wishful Drops event. In this challenge, players fight a nuanced version of the Oceanid Boss to get some bountiful rewards that include character level up materials which are redeemed by using 40 Original Resins or 1 Heart of the Spring.

To begin the challenge, players have to go to Oceanid Boss arena location in Qingce, Liyue. In the middle of the arena, interact with the special mechanism. You will get the option to start Rhodeia’s Rage challenge in either Solo or Co-OP mode.

Moreover, in the same window, you will find a list of characters that gain a special stat bonus if you use them during the challenge.

But in Rhodeia’s Rage challenge, players will get a small window when they can attack Rhodeia herself. She will summon Oceanid creatures sometimes, but defeating them will not hurt Rhodeia – which in normal battle does.

Rhodeia’s Attacks that you should Avoid

Here are some of the attacks that you should know about before taking Rhodeia’s Rage challenge.

Rhodeia use two small bubbles to attack you. You can tank them if you have shields or high defense. However, they are easy to avoid and your first move should be to avoid them.

The homing bubble attack deals a lot of damage. In this attack Rhodeia creates a big water bubble that will chase you for a while, and in vicinity, it will suck you towards itself. So keep you distance.

The usual Oceanid creatures. Defeat them and Rhodeia will appear for a short window where you can deal damage to her.

Rhodeia creates circular water torrents that you all should avoid. It deals huge damage continuously.

The water beam and the water splash are the two highest damage dealing attack that Rhodeia does. Avoid them at all cost. To do so, you have to get above ground, you can do that by using the water platform to lift yourself up. Or, by using characters like Venti, Keqing, Albedo, etc.

Characters like Geo Daddy. I mean, Zhongli can tank the attack.

Every attack Rhodeia does, you will get a short window to attack her. Try to save your abilities to use during that particular window.

Once you defeat Rhodeia. Interact with the same mechanism claim you rewards.

In the Challenge Completed screen, you can see a title given to you based on what you did during Rhodeia’s Rage challenge.

Claim your reward using the aforementioned methods and you will successfully complete Rhodeia’s Rage challenge.