Home Guides How to use Endora’s Ability to easily capture Oceanid Creatures in Genshin... 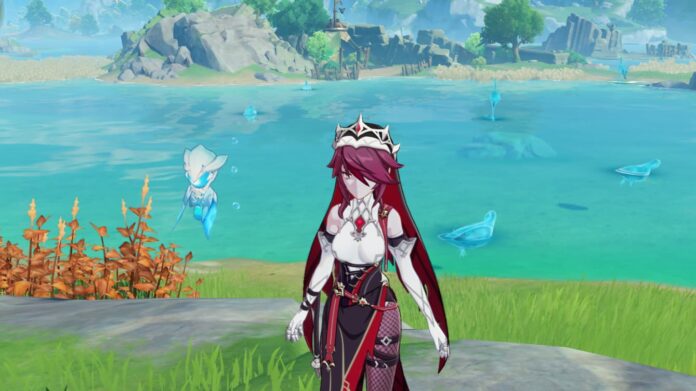 Genshin Impact Wishful Drops event introduces a fun new experience where players have to catch Oceanid Creatures using the little Oceanid friend, Endora. The new event will give you the vibes of Pokemon. As you will be visiting new locations each day and capturing Oceanid creatures using a water bubble that resembles a Pokeball. [Atleast, that is what I feel like]. In this guide, we will talk about how you can easily catch the Oceanid creatures using Endora’s skill, without wasting time on aiming.

How to easily catch Oceanid Creatures

On quest to catch Oceanid creatures in a given exploration area to reach the completion requirements – players will come across two scenarios.

The Oceanid Swans are the ones that are hard to catch for a few people. However, there is a simple trick to catch them easily. You can use Cryo users like Kaeya, Chongyun, Qiqi etc to freeze and catch them without aiming. Or, you can hold the aim button and, as soon as, the trajectory passes the swan – use the skill.

A simple mistake that many players are doing in Genshin Impact’s Wishful Drops event, while catching the Oceanid Creatures is that they hold the aim button and release it as soon as it reach the target. That is not how Endora’s skill works. The bubble hits slightly backwards then where it actually aims to hit.

Think of this as bullet drop. So, to increase you accuracy aim a little forward. Catching the Oceanid Swans becomes very easy if you release the skill button whilst the trajectory pass the creature.