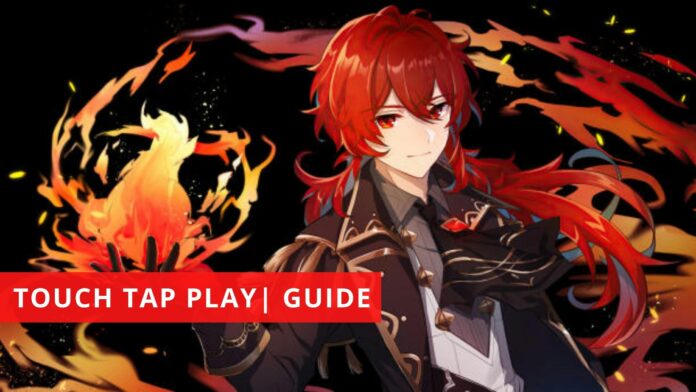 Genshin Impact offers a wide selection of playable characters. Even though the main story of the game revolves around the Traveler: Aether and Lumine, we have around 25 playable characters that players can obtain for free by completing Archon Quests, Events or Challenges, or by performing gacha-rolls, i.e Wishes.

Diluc is one of the most, if not the most powerful character in Genshin Impact. He is a Pyro element user whose weapon of choice is a Claymore.

Moreover, players can press the same button to perform three consecutive attacks, representing the values that Diluc holds dear to him, i.e, Justice, Courage, and Duty.

Now for the elemental burst attack, it’s called Dawn. Diluc release high-intensity flames with his sword that knocks the nearby enemies, furthermore, forming a Pyro Phoenix that follows a forward path, pushing and dealing pyro damage to the enemies at the same time, and at end of the path, the Phoenix explodes, dealing high AoE pyro damage.

When it comes to high DPS builds for any of the available Genshin Impact characters, players have two paths, whether go with Physical DPS build or go with the Elemental DPS build.

We have two high DPS builds for Diluc-

To go with this build players need the Gladiators set, specifically the Gladiator’s finale set that includes the following items.

Make sure to focus on ATK, ATK%, CRIT%, Physical Damage Bonus, CRIT DMG, and HP stats. Players who are playing Genshin Impact for a while now, may already know that when it comes to building a high DPS character the Gladiator’s set is the best because of the increase in raw ATK%.

To make a high pyro DPS build and utilize the devastating elemental skills of Diluc, players should go for the Crimson Witch of Flames set as well as the Gambler set.

In this build, players should focus on the Elemental DMG bonus, Elemental Mastery, and the Elemental Recharge rate. This doesn’t mean avoiding the stats from the physical DPS build. Make sure to get some ATK% bonus.