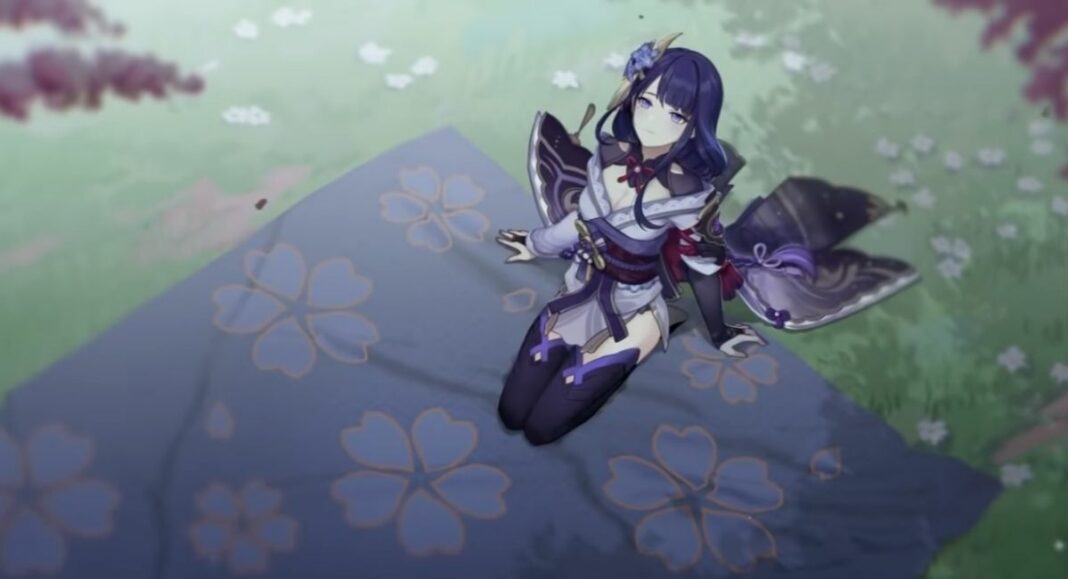 Genshin Impact 2.1 “Floating World under the Moonlight,” update is right around the corner. The part II of the Inazuma update is introducing four new playable characters to the existing roster. And, among them, we have the Raiden Shogun, Baal – one of the most sought-after playable characters ever since she was first revealed during the version 2.0 Livestream.

Related | When Will Genshin Impact 2.1 Update Come Out

If you are going to wish on the “Kagero no Tenkajin,” character event wish banner to get Baal. You must first have a look at her constellations and passive talents. Why? because you can dish out more damage by unlocking C2 or above Baal than wasting a lot of Primogems on the weapons banner to get the Engulfing Lightning polearm.

Here are the six constellations for the upcoming playable character Raiden Shogun.

Increases the Level of Secret Art: Musou Shinsetsu by 3. The maximum upgrade level is 15.

Increases the Level of Transcendence: Baleful Omen by 3. The maximum upgrade level is 15.

While in the Musou Isshin state applied by the Secret Art: Musou Shinsetsu, the Raiden Shogun’s Normal, Charged, and Plunging Attacks will decrease all nearby party members'(but not including the Raiden Shogun herself) Elemental Burst cooldown by 1s when they hit opponents.

This effect can trigger once every 1s and can trigger a total of 5 times during the state’s duration.

How to Get Baal’s Constellations in Genshin Impact

Here are the passive talents for the Raiden Shogun.

When nearby party members gain Elemental Orbs or Particles, Chakra Desiderata gains 2 Resolve stacks. This effect can occur once every 3s.

Each 1% above 100% Energy Recharge that the Raiden Shogun possesses grants her:

Mora expended when ascending Swords and Polearms is decreased by 50%.