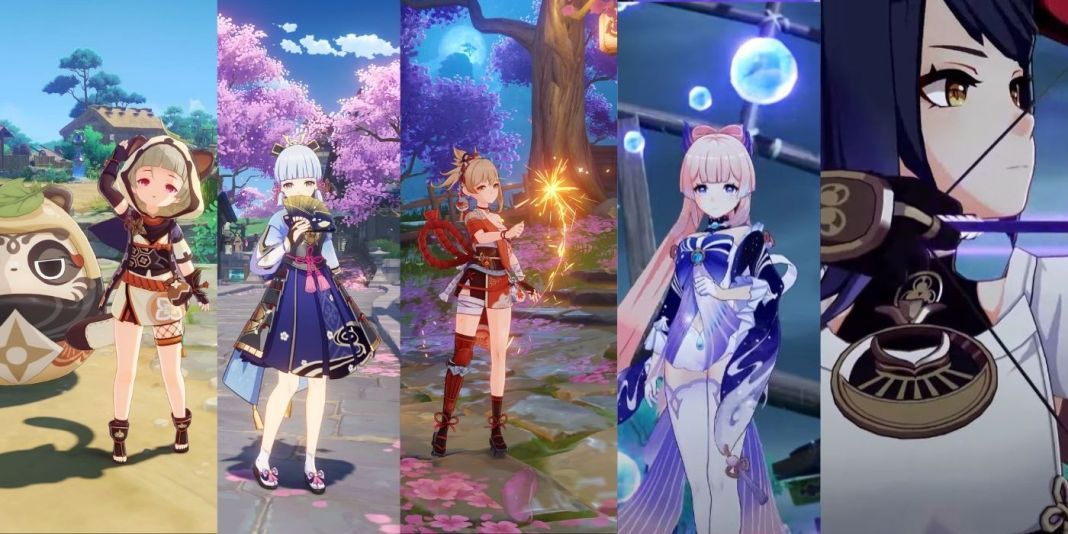 Genshin Impact 2.0 update Livestream showcased one of the biggest updates coming to the game. Introducing the third region, Inazuma, previously revealed characters like Ayaka, Yoimiya, Sayu, new enemies, bosses, events, and a plethora of other things. While the Inazuma region official release date was the main limelight of the Livestream, many of the players were also eying for the next playable character event wish banner schedule.

The Version 2.0 Livestream also revealed previously leaked characters like Tohama, Kokomi, Sara, Baal, and Gorou. Keeping all that in mind, we are here with Genshin Impact 2.0 banner schedule that you should know about for planning your wishes.

As we stated in our Genshin Impact 2.0 Livestream Schedule article, Ayaka’s banner “The Heron’s Court” is going to be the first one to arrive. Meanwhile, Yoimiya’s banner will release in the second half of the Inazuma update. Sayu, the four-star Anemo-Sword user, will be featured in Yoimiya’s “Tapestry of Golden Flames” banner.

Apart from Yoiyima, Sayu and Ayaka, we have new characters listed below, whose banners are next in line to release.

Here are the Highlights of Genshin Impact 2.0 Update