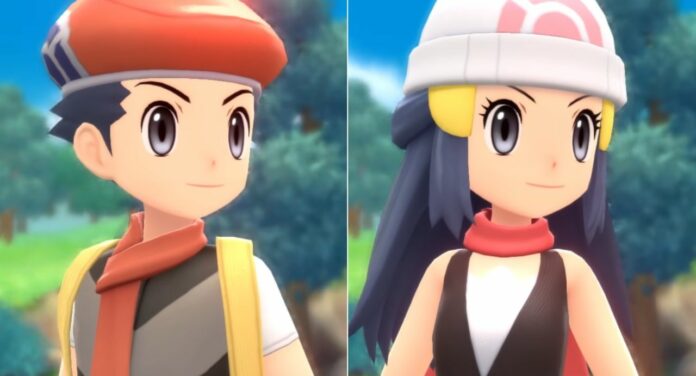 Completing the Pokemon Brilliant Diamond and Shining Pearl story and becoming the new Champion of the Sinnoh region may be enough for some players, but for others, this is only when the fun truly begins.

The two games offer quite a bit of additional content that can only be accessed after completing the main story. Here’s everything you can do after becoming the Champion of Sinnoh.

After obtaining the National Dex, which is done by encountering all of the Pokemon Native to Sinnoh, and beating the Elite Four and Cynthia to become the new Champion of the Sinnoh region, you will be able to access the post-game content, of which there is quite a lot.

For starters, with the National Dex in tow, you will be able to encounter more Pokemon in areas you have already visited. These include the Grand Underground‘s Pokemon Hideaways, which will now also include all starters from Gen 1 to Gen 4, and the Trophy Garden, which will now feature new Pokemon like Eevee, Jigglypuff, Meowth, Castform, and Porygon.

The National Dex will also give you access to an easy-to-get Eevee, given to you by Bebe in Hearthome, and Rotom, which can be encountered in the Old Chateau. In Canalave City, you can also start a new quest by speaking with the sailor that will bring you to Full Moon Island, where you can catch Cresselia.

While in the post-game, you can also go to Ramanas Park at the end of Route 221 to catch Legendary Pokemon from different regions. To encounter them, however, you will first need to collect Mysterious Shards from the Grand Underground and exchange them for Slates at the Park’s entrance. Put them on the Pedestals in the Park to encounter the related Legendary Pokemon.

After getting the National Dex, you can now also encounter Swarm Pokemon. To be able to do so, you will need to talk with the Professor’s Assistant’s sister in the house to the south of the lab in Sandgem Town.

During the Pokemon Brilliant Diamond and Shining Pearl post-game, you will also be granted access to new locations, such as Snowpoint Temple, where you can find Regigigas if you have Regirock, Regice, and Registeel with you, Turnback Cave, which features Giratina and can be accessed via the Spring Path on Route 214, and Stark Mountain, which can be reached via the newly unlocked Route 225 and Route 230. Route 224 will also become explorable. To reach it, you will have to go through the main cavern on Victory’s Road via the entrance on the right side.

After getting the National Dex, you will become able to fight again against all Gymn Trainers and the Elite Four for some heated rematches. They will come with new teams featuring Pokemon from the National Dex, so expect them to put up more of a fight than before.

If you’re itching for yet another fight, you can also challenge GAME FREAK’s Morimoto by speaking with him at the Hotel Grand Lake on Route 213. You can fight him once per day to earn different rewards.

One final thing you can do after completing Pokemon Brilliant Diamond and Shining Pearl is unlock the Judge Function, which will let you know your Pokemon’s IVs. Speak with the scientist to the right of the Battle Tower lobby to unlock the function.