Home Game Guides Can You Get Giratina in Pokemon Brilliant Diamond and Shining Pearl? 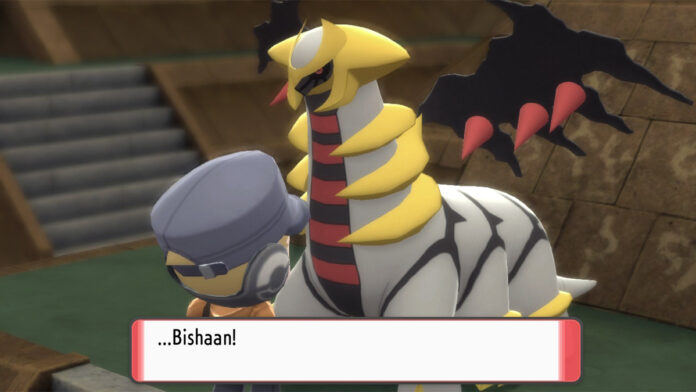 As the third member of Pokemon Brilliant Diamond and Shining Pearl’s creation trio, Giratina is one of the Sinnoh region’s most prominent legendary Pokemon, especially since its starring role in Platinum back in 2008. With the surprising amount of differences between the two remakes and the originals, many fans are asking whether or not you can still get Giratina in Brilliant Diamond and Shining Pearl.

Luckily, the answer is a resounding yes! Finding Giratina actually works very similarly to how it did in the original Sinnoh region games. Since those released a decade and a half ago, here’s a refresher!

Where Can You Find Giratina?

Like in the original games, Giratina is found in Turnback Cave. This postgame location can be found by using rock climb to descend into a pit in the northern part of Sendoff Spring, which itself lies east of Route 214 on the eastern end of the map. Unfortunately, you can’t access this region until after you enter the Hall of Fame, so make sure to beat the Elite Four before you go looking for Giratina.

Turnback Cave itself is something of a maze, with each room connecting to another one in each cardinal direction. The trick is that the connections are randomized each time you enter, so there isn’t a single given path to Giratina. That said, you’ll know you’re making progress when you encounter any of three inscribed pillars in the center of the room.

After finding the third pillar, exiting the room in any direction other than the one you entered from will take you to Giratina. Unfortunately, if you don’t find it within 30 rooms, you’ll be sent back to the entrance and will have to start over!

How Do You Catch Giratina?

Giratina actually poses a bit of a challenge, as you’ll battle it at level 70 and its stats are nothing to scoff at. It will also use pain split to average its health with that of your own Pokemon, which can make it difficult to get low enough to be easily captured. Putting it to sleep or paralyzing it will help a lot, as these status conditions will make it harder for Giratina to heal itself while also directly increasing your odds of catching it.

Dusk Balls work well, as Turnback Cave will activate the catch rate bonus that they receive in dark places. Using a Heavy Ball is also incredibly effective, as Giratina weighs quite a bit, though these were only available as a bonus from select retailers. If you’re really struggling with it, you can always just use your Master Ball, too!

So How Can I Get Giratina in Brilliant Diamond and Shining Pearl?

Like in the original Diamond and Pearl games, you’ll find Giratina in Turnback Cave, to the east of Route 214. The route through the cave is randomized, but you can find Giratina after encountering 3 pillars throughout it. Giratina will appear at level 70, but is particularly susceptible to Dusk Balls if you’re struggling to catch it. That sums up how you can get Giratina in Brilliant Diamond and Shining Pearl!