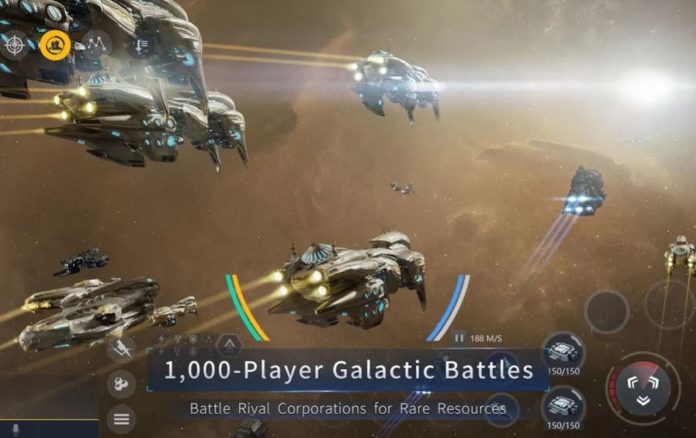 In today’s article we are going to share with you our picks for the best ship for early game in Second Galaxy! If you are not sure which ship to go for, or if you want to learn some new ship to carry you through the battles, I am going to tell you a little bit about them.

By now you should make sure that you check out our game guide to learn all of the Second Galaxy tips and tricks that we gathered so far, so you will know how to unlock more ships and how to advance in the game!

It’s a good ship for the superdevice effect which is going to come in handy quite a bit, especially when you want to quickly deal a lot of DPS and take down the enemy shield early on.

Launches a total of 20 missiles to hit up to 5 random enemies within 32 km. Each missile deals 250 damage.

It’s a good and fairly easy and quick to maneuver ship, so I believe that it can be quite powerful in the early game, as the other ships are not that powerful and their shield will not be able to outheal the missiles.

Discharges a shock wave to deal 3780 damage to targets within an area of 31.5 km and leads to 1140 energy loss immediately of targets affected.

This is a super powerful ship which deals a lot of AoE damage, and if you time the skill right, you will drain the enemy’s energy very fast. It’s a ship that is difficult to deal with in my opinion, especially when you go against it.

Discharges a special beam to link a target within 33.6 km for 18s. The link deals 216 damage to the target every 0.5s and slows it. The slow effect gradually increases to 13.7% in 5s. The link breaks if the target is out of range.

This is a good ship if you think that close combat is for you, because it is super deadly in the fights, the longer it locks onto the target. Because of the superdevice effect skill, if it manages to lock onto a target for 5 seconds, that 13.7% slow is going to be the death of any enemy, as they cannot really get away anymore.

Shoots a target with laser within 32 km and deals 5680 damage. The laser beam refracts between a maximum of 3 nearby enemy targets. Each refraction deals 40% less damage.

It’s a ship which is very powerful single target, but AoE is also good, even if that 40% less damage applies. It’s also got a pretty large range, so I think that it could be a good pick for the OE early players.

Discharges a special beam to link a target within 42 km for 15 seconds. The link deals 120 damage to the target and recovers the same amount as shield to the ship, every 0.5s. The link breaks if the target is out of range.

It’s a ship which can become very tank as long as there is a ship within range to lock onto with the superdevice skill effect. The shield recharge can be extremely annoying, so if you have this ship as an enemy and you are in range, chances are you will have a hard time defeating it.

Generates 87 temporary shield for each 1% of remaining energy for the next 30s. This effect doesn’t consume energy.

This is a ship which is extremely tanky, so I really think that if you want survivability, this should be the ship that you go for, because it has the best of both worlds: damage and tankiness.

Attacks a target within 42 km by firing a powerful ultra-distance Railgun, dealing 4800 damage to it and all the nearby enemies within 11 km.

As a powerful ship wielding railguns, I believe that Wrath is one of the most powerful early tier 1 ships in the game (it’s also the reason why I chose RS as my character’s nation). Big range and huge damage, along with mobility.

We don’t really have any information about these ships just yet, but stay tuned because we are going to keep you updated as soon as they launch the expansion where they release the fifth nation!

Since the nation and class you choose matter mostly for the early game, you should check out our career and nation guide for the early game, and if you want a more detailed guide on what the in game nations do, and what their beliefs are, take a look at our Second Galaxy nations guide!

Did you have some tough times dealing with infamy and criminality? Maybe you PK’d someone by “mistake” and you want to reduce your criminal level? Learn how to reduce your felon level in our article right here!

Which early game ship is your favorite? Let us know by leaving a comment down in the comments section below! 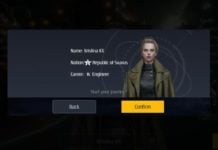