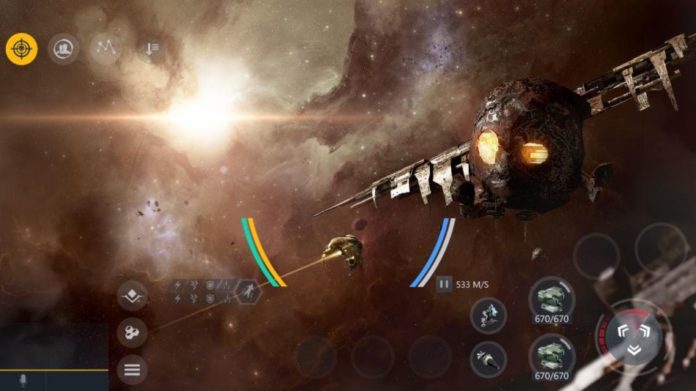 In today’s article we are going to cover all of the Second Galaxy tips and cheats to help you master the ships and become a powerful pilot to take on any challenge that lies ahead.

If you are looking for a game with not only stunning graphics, but also with a lot of interactions and an endless space to explore and plunder, then you are going to have quite a good time playing Second Galaxy, because there are a lot of features to the game that let you try out different stuff, all in order to make you more powerful.

Now we are going to cover all of the Second Galaxy tips and tricks to help you find your way in the Universe and further enhance your ship! So, are you ready? Then let’s dive right in!

Start by choosing a class and ship type

Right at the very beginning, you will have to create your own ship and select your pilot. There are a few nations that you can select from (four at the moment), but at this very moment the fifth one has not been released just yet.

Here is a list of them and a little bit that you need to know about the ship styles:

– Neo-European Federation (NEF): classic and simple ship designs, which heavily emphasize missiles as weapons. They have a steady armor and shield, and they can do very well in head on battles.

– Economic Community of Dawn (ECD): interesting ship designs which use blasters as the main weapon, to inflict massive damage. They are very agile and fast, which allows them to do quite a lot of damage from close range.

– Oracle Empire (OE): big ships with pretty sleek design which use laser cannons as their main weapons. The key is to lock onto the target, because the longer you fixate on a target, the more damage you will do

– Republic of Svarus (RS): simple ship design, also quite rough, which use magnetic railguns. They have a very high range, so they can have an advantage in certain situations over the other, shorter ranged ships.

– United Solar Systems of Hygara (not yet released): classic streamline ship design, which balance the use of all the weapon types. We will give you more details once we learn more about them!

I chose the Republic of Svarus ships, because they seemed like something pretty interesting, but you can choose any one that you like, because in the character creation interface you can select the pilot that you want, and you can also see roughly the design of the ships.

The different classes will start off the game in different Solar Systems, and along with the, the only difference will be the ships that you start with.

I suggest that you pick something that appeals to you, because there is really no other criteria here, as you can become extremely powerful with any of the classes!

You will have a pretty interesting quest log in the game, where the quests are given to you in various ways by the head of operations. These quests belong to certain chapters, and the more chapters you complete, the faster you will unlock all of the game’s features.

You can accept quests by heading on to the “home” base and heading on to the tab called “Headquarters”. There, you can talk to the first NPC in the list that appears and you can select the quest with the tag “[Main]”.

Since there are a lot of quests, I suggest that you start doing them because that way you will unlock more features, ships and ways to improve those ships.

Battle with auto or manually

While you are battling the enemies (which you can see on the upper left side of the screen) you can select the skills (or rather, the weapons) that you want to use, as long as they are not on cooldown.

You can lock onto your target and then you can start using the skills automatically, or manually select to attack with them. If you want to see what they each do, simply tap and hold on the skill. You should do this as soon as you are boarding a new ship, because that way you will (hopefully) remember and not have to check the skills during fights.

By selecting the “Auto” option the ship will automatically attack all targets that are needed to take down for the quest objectives, so make sure you do this.

Galaxia is the premium shop

Iridium is the premium currency which you can obtain from investing a few real life bucks into the game. You can see all of the offers by heading on there, and if you choose to invest a few bucks in this game, then you might as well start looking at the Gift Packs, because that’s where the best offers are.

For example, for $0.99 you can benefit from an exclusive ship, improved devices for the ship, and some 600 Iridium. It’s a good offer because if you want to try out something new and get your money’s worth, then this is a good way to invest.

The Attribute Points can be found by tapping on your character profile icon, and then you can see that on the right side of the new window that pops up, you can notice a yellow “+”. Tap on that, and you will be able to start allocating points however you want.

Once you allocated a couple of points into these, you can try upgrading the Ship Energy Capacity Bonus because that will help quickly regen the Energy.

These Academy stats can also be found in your profile, in the bottom side of the screen. The Academy -> Weapon will boost the various weapons that you can equip, the Academy -> Defense will boost the defensive skills and stats, Academy -> Electronics has to do with recharging the tech and replenishing the Energy, and the Academy -> Ship Piloting enables you to pilot the ship easier.

Adding points into each of these categories will cost Credits (C) and will require certain levels to be reached, so it cannot be done in a single swipe. I suggest that if you want to improve overall, you upgrade all of the stats as soon as they become available.

Even if you are not using a certain weapon right now, it might still be worth it to upgrade that weapon because you could unlock a new ship which uses that weapon technology.

The purpose of these Piloting Licenses is so that you can pilot more powerful ships, and unlocking new ship types (more about this below). Basically here is how the Licenses work:

– You will start with a certain ship, and that will be set at I. The rest you will have to unlock, and the one that started at I can be upgraded to get better ships that belong to that space ship type.

– Let’s say you start with Frigate I. If you want to unlock Frigate II, you will have to check if you are meeting the requirements, and then tap on the grey “Go” button to head on to that mission location.

– You can learn to pilot ships from the other factions, but you will have to start at 0. All you need to do is select the tab of the class you want to master and then start going on missions!

I suggest that you start checking out all the types of licenses and what they enable, because that way you can see what you unlock with these Licenses, so you will know in which order to start upgrading.

This all applies to tier 1 space ships, so if you want to move on to the tier 2 ships, you will first have to unlock the tier 1 V License (for example, to unlock Tier 2 Frigate I, you need to have completed the Tier 1 Frigate V).

There are a lot of upgrades to be done, so make sure that if you want to have some good and powerful ships, you make these tasks as prioritary as the main quests.

The Corporation (or Corp) is the equivalent of a Guild or Alliance in any other game. I suggest that you join an active one, so you can benefit from some free rewards and a Corp shop which sells quite good stuff.

I suggest that you check out the Corp Shop and claim the rewards every time that they are available. Also, make sure that you take your time and search for an active one, because it will be better to be in an active Corporation filled with people.

Select the right ship to deploy

Try out various ship combos depending on which mission you are carrying out in case you are not sure which ship goes well with what, so you will know in the future.

There are various ship types in the game, and if you are curious about them, let me explain a little:

Each of the ships has a different speed, damage and defense, so make sure that you unlock and try them all because in various situations different ships will shine.

You can check out our gameplay video right here, and see for yourself how beautiful and relaxing this game is!

These would be all of our Second Galaxy tips and tricks that we have for you right now! Do you know some more useful game tips and strategies? Share them with all of us players down in the comments section below!