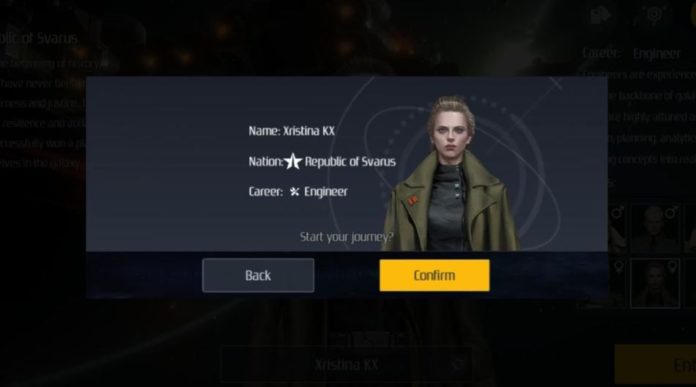 In today’s article we are going to go over all of the Second Galaxy nations and give you a complete nation guide for Second Galaxy!

Second Galaxy – What are nations?

The nations are basically the human civilizations that exist so far in the future of the Second Galaxy universe. They have been divided into 5 nations, out of which only 4 are currently available in the game.

The nations each have different ship designs with different types of attacks, but overall they are all good, and all have useful and powerful ships. The main difference lies in the history and foundation of each nation, which basically shaped their soldiers and nation overall.

When you are choosing a nation to start up your galactic adventure, I suggest that you start as one which you find the most appealing from the description, because if you like it early on, you will definitely like it later on in the game as well.

The nations in the game are the following, each with its own unique ship design and weapon artillery:

The nation: They are a mighty nations, one which changed the course of history several times, and overthrew the brutal reign of the Titan Empire twice, and eventually founding the Great Council.

They are a nation with deep military beliefs and traditions, and due to their education system they have created the ideal military officers in the whole galaxy. To the other nations, the NEF members are seen as mean, dogmatic and arrogant, but to their own they are nothing more than deep, passionate patriots.

The ships: Their ships follow a classic and simple ship design, which heavily emphasize missiles as weapons. They have a steady armor and shield, and they can do very well in head on battles.

The nation: The ECD members follow the very deep “Unite or die” motto, which shows just how deep their community ties go. Having been exiled from Glick, the ECD members started seeing that in this world, their strength lies in sticking together throughout everything in order to survive.

They are following a very non-traditional form of government, and formed a bonded community of corporate shareholders, which in due time proved to them that it works pretty well, given that they became the richest economic power in the galaxy.

Their true power doesn’t lie in the military, but rather in this economic power – or business if you may. They are currently the owners of the new galactic order, being the richest in the galaxy.

The ships: They have some very interesting ship designs which use blasters as the main weapon, to inflict massive damage. They are very agile and fast, which allows them to do quite a lot of damage from close range.

The nation: They are a nation with deep historical meaning to the Second Galaxy universe, as the OE’s Emperor rules the only legit monarchy in the galaxy. With deep religious beliefs, slavery and overall kinda monarchical leadership, this nation took part in multiple galactic wars.

All throughout the three galactic wars, the OE always came out victorious, achieving repute and wealth, but at the cost of creating the slave class emerged from the Avatu people, Bentusians and Svarn people.

The ships: The OE uses big ships with sleek design which use laser cannons as their main weapons. The key to winning with these ships is to lock onto the target and keep on hitting, because the longer you fixate on a target, the more damage you will do.

The nation: The RS members have not had it easy at all, and that shaped them into a very resilient and resistant nation. After being forced to land on an icy planet, in extremely unfortunate conditions, the nation did not succumb to the harsh environment and instead moved underground.

The ships: They have a pretty simple ship design, also quite rough-looking too, which use magnetic railguns. They have a very high range, so they can have an advantage in certain situations over the other, shorter ranged ships.

United Solar Systems of Hygara (not yet available)

The nation: They are a liberal nation, highly due to their individualistic values. All throughout the history, the Hygara people always tried to promote the progress of civilization and contributed highly to the development of various nations.

Being a very accepting and open minded nation, they are accepting various immigrants from different backgrounds and races, and promote innovation, progress and acceptance.

The ships: They also follow a classic streamline ship design, which balance the use of all the weapon types. We will give you more details once we learn more about them!

I personally chose the Republic of Svarus, and I can’t say that it was a bad choice! I am extremely happy with the choice I made, because the ships that I have unlocked so far are very powerful and did not disappoint me (at least thus far).

I can’t say that a nation is better than another, but since I personally prefer the ships with a long range, the RS seemed the perfect one for me. If you want to learn more about the game, make sure you check out the Second Galaxy game guide right here!

Which is your favorite nation and why? Let us know down in the comments section below, and stay tuned for more content coming up about Second Galaxy!