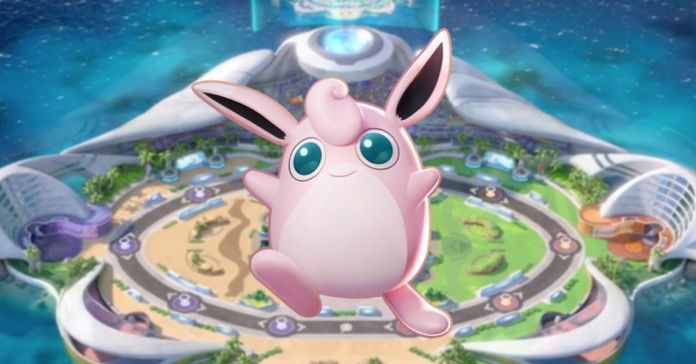 Wigglytuff in Pokémon Unite is a Supporter type of Pokémon with an Intermediate Difficulty to play. It starts the match as Jigglypuff then evolves into Wigglytuff at level 4. In this guide, we will tell you everything you need to know about Wigglytuff in Pokemon.

How to Get Wigglytuff in Pokémon Unite

To get Wigglytuff in Pokémon Unite you will need to buy a Unite License. It costs 8,000 Aeos Coins or 460 Aeos Gems. Once you bought it you will be able to pick this character.

At level 1 you can choose one of two following Moves, while the other one will be given to you at level 3.

At level 4 you may choose a replacement for Defense Curl. This ability will be upgraded at level 12.

At level 6 you can choose one of two following abilities that will be the replacement of Pound. This Move will be upgraded at level 10.

At level 8 Wigglytuff gets its Unite Move. Starlight Recital grants shields to the user and allies, clears all hindrances, and grants immunity to new hindrances.

Wigglytuff in Pokémon Unite is a Supporter type of Pokémon. It has great crowd control options and protects its teammates. As Held Items we recommend:

As Battle Item we recommend you Eject Button to have an additional escape opportunity.

How to Play Wigglytuff in Pokémon Unite

Wigglytuff in Pokémon Unite is a Supporter. You should stay behind your allies and provide them as much support as you can. We recommend you to pick Pound at level 1 then go for Sing and Double Slap. With these abilities, you can help your teammates to get some kills. Good luck in your further matches.