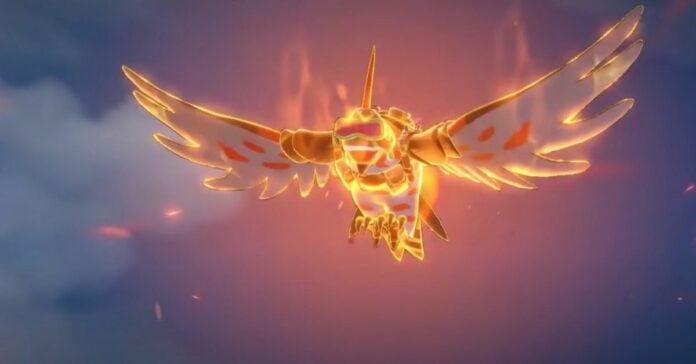 Talonflame in Pokémon Unite is a Speedster type of Pokémon with a Novice Difficulty to play. It starts the match as Fletchling then evolves into Fletchinder at level 5. Finally, it becomes Talonflame at level 7.

How to Get Talonflame in Pokémon Unite

To obtain Talonflame in Pokémon Unite you will be needed to buy a Unite License. It costs 6,000 Aeos Coins or 345 Aeos Gems. Once you bought it you will be able to use this character. Also, Talonflame is available as one of the five Pokémon you can choose after completing the first tutorial.

RELATED: Pokémon Unite DLC – When is it coming?

At level 5 you will be able to replace Peck with one of two abilities. Both of them will get the upgrade at level 11. These abilities are:

At level 7 you may choose the one of two following Moves. It will be the replacement of Acrobatics. These abilities will be upgraded at level 13.

At level 9 Talonflame gets its Unite Move. With Flame Sweep it dashes forward covered in flames, dealing a huge amount of damage and displacing opponents.

Talonflame in Pokémon Unite is a Speedster type of Pokémon. It is very mobile and specializes in dealing burst damage with basic attacks and abilities. As Held Items we recommend:

As Battle Item we recommend you X-Attack to make your Pokémon deadlier for a short period of time. Eject Button is another good option, as it gives you more mobility.

How to Play Talonflame in Pokémon Unite

Talonfalme in Pokémon Unite is one of the most mobile characters. We recommend you to pick Acrobatics at level 1 to have both opportunities to damage your enemies and escape. Its level 5 and level 7 choices are pretty good too. You can go with safe variation and pick Fly or choose risky playstyle with Brave Bird. Both Flame Charge and Aerial Ace are useful dash options. Talonflame is one of the best starter options in Pokémon Unite and you will have a lot of fun playing this character. Good luck in your further matches.