Home Game Guides Pokémon Unite DLC – When is it coming? 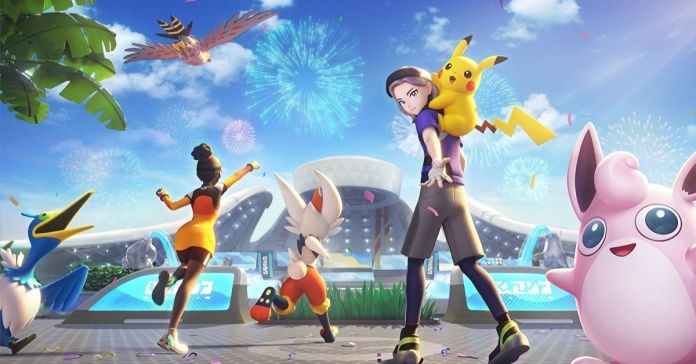 What Is the Release Date of the New Pokémon Unite DLC?

The last news confirmed that the new coming characters in Pokémon Unite are Blastoise and Gardevoir. The most interesting fact is that there should be one more character added, but it is still unrevealed. Unfortunately, we know only about the fact that these Pokémon won’t be available for players at launch. TiMi Studios and Nintendo still haven’t revealed the release date, so we don’t know when to expect these two. But, the player who jumped in at the launch can get the Zeraora Pokémon for free.

Also, the information about new extra costumes leaked. New skins will be available for Blastoise and Gardevoir in Pokémon Unite. Other characters also won’t be forgotten and they will have some new costumes too. The leaks about upcoming content are including a gentlemanly suit with a hat for Blastoise, an elegant dress for Gardevoir. The players probably will have to wait for the new characters to be released to get the new costumes, as there is no word given about their release date.

The new coming DLC for Pokémon Unite is likely to be free as the game is a free-to-play title, but players still will need to buy Unite Licenses in Unite Battle Committee to get Blastoise and Gardevoir.

Also, likely, Blastoise and Gardevoir in Pokémon Unite won’t be the last characters to add as it is a MOBA game. So players may expect new upcoming characters later.

Pokémon Unite DLC – When is it coming?