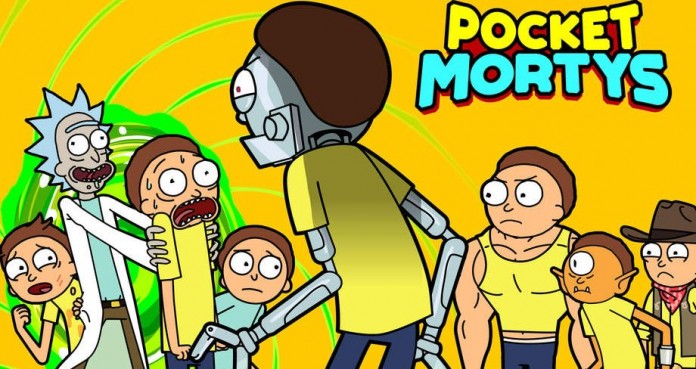 Adult Swim have just launched an exciting Rick and Morty adventure on the App Store – Pocket Mortys, a Pokemon-style game that includes collecting a ton of Morty’s, battling other Morty collectors, crafting items and much, much more. It’s an extremely fun game – well made and insanely addictive and we’re here to help you get better at it by sharing some Pocket Mortys cheats and tips to collect all Mortys and put them to good work in order to improve your game.

This article is mostly aimed at beginner players and helping them understand how the game works, including some gameplay tips, but more advanced players should read it as well as they might just find something useful to improve their game. These being said, let’s check out below some Pocket Mortys tips and cheats!

1. Learn to get around
We are working on creating a map for the main area in Pocket Mortys, but until then you’re on your own and you should really learn your way around. The important areas to know are, the Healer and Day Care (they’re close by), Rick’s Sales, the Portal and the area where the other Ricks are (you battle them after getting enough badges). In this main area, they’re always going to be in the same place. You don’t have to interact with other characters (unless they have an exclamation mark above – happens rarely, see below) and you can also find smaller real money purchase machines and crafting machines.

After traveling through the portal, the new world is completely randomized, but you will always find other trainers/collectors to fight (you can sneak by them if you want to in more cases), wild Mortys to battle and collect (if you have Morty Manipulator Chips) and the Rick guarding the Portal – which is the Boss battle: defeating him will give you a badge and allow you to get back to the main area. (So does dying, so you’re not stuck there!)

2. Get your badges!
The more badges you have (aka the more Rick’s you defeat), the more items you can purchase in the store. After getting your first badge, you unlock the Morty Manipulator Chip, one of the most important items in the game as it allows you to collect more Morty’s as you meed them after traveling through the portal. Try to always have at least one Chip with you when you travel.

3. Collect everything in new areas
After traveling through the Portal, you are sent to a randomly generated area. Make sure you completely explore it (and fight/defeat as many trainers as possible). Each area has special items used for crafting just waiting to be picked up, as well as free Mortys to collect. Make sure that you get them all, and then head to battles. There are two possible strategies to for:

– First, the one I prefer, is to go battle the boss (the Rick at the portal) to make sure that I get my badge. Afterwards, I go fighting as many other trainers as possible to get more money and items.
– Second, which is best used when you want to level up your Mortys and collect items is to go for the trainers first and battle as many as possible. You might not win the Rick battle at the portal by doing this, but you will keep everything you’ve collected and, after losing all Mortys in a battle, taken back to the main area (the Citadel). I don’t see why you shouldn’t try the first method though since it gives you valuable badges.

4. How to catch/collect more Mortys
First of all, you need an important item from Rick’s Shop: the Morty Manipulator Chip. When you have one, you can go to battle against Feral Mortys found in the wild. Weaken them out first (lower their health as much as possible) and then use the Chip. You will collect the Morty and it will automatically join your party. If your party is full, the new Morty will be automatically stored in the Day Care in the Citadel (so you can never lose a captured Morty).

5. Learn the elements of your Mortys
Each Morty belongs to a specific elements: rock, paper or scissors. Obviously, rock beats scissors, scissors beats paper and paper beats rock. It’s wise to always have the three elements with you and send them to battle depending on the elements you’re facing, to always have the upper hand in battle. Knowing what type of Morty you’re going to face (you can identify them before battle starts, behind their collector or Rick), helps you strategize better. After defeating the first Morty in a fight, you get the chance to switch for free your Morty – and do so to gain advantage again. You can switch Mortys at any time, but you’d lose a move and valuable health this way.

6. How to win all your fights
Except for the different element Mortys, there’s your starting Morty which belongs to no element. This is a good thing in two occasions: when you start a battle because you don’t know what type of enemy you’ll be facing (and you might get a better element one) and for those times when you have to fight a Morty you’ve never seen before. The starting Morty is really good to start fights and have in the team for all the moments where you don’t need any bonuses (but get no penalties either). I prefer to always have the basic Morty taken care of (high level, items and attacks).

Winning fights is, with a bit of strategy, very simple. Try to always get the upper hand in terms of elements and you’re already en route to winning. Try to use the better attacks first, but use only a few per trainer fight to have some in other upcoming battles. Ignore for the moment the boosters or penalties because they seem to actually have very little effect in battles (using an attack boost, for example, I didn’t notice an increase in the damage caused, while getting an accuracy penalty didn’t really lower my Morty’s accuracy). So go for attacks and nothing but attacks, ideally with a stronger element and you’ll be just fine! Don’t forget to use the items in your inventory, especially the healing potion (the different types of Serum). It’s better (and generally cheaper) to keep healing your Mortys instead of having to restore a dazed Morty to life using the Halzinger.

Finally, don’t forget that you can always buy stuff from Salesman Rick – just tap the menu and then its icon, even when in battle areas. This is good to know if you need to restock on some Serum before a fight, or if you need more Morty Manipulator Chips.

7. Always evolve your Mortys at the Day Care
When in the Citadel (the main area), you can visit the Day Care if you have duplicate Mortys. There, you can combine them and get better Mortys in return – so it might be a good strategy, once you have a good team of Mortys, to start hunting for duplicates in order to boost up your team. Mortys that you don’t need or you don’t want to carry around can be left in the Day Care.

8. Make deals in the Citadel!
Every now and then, while wandering around the Citadel, you will meet characters that have an exclamation mark or a question mark above their heads. They will usually ask for an item from you – and it would be a good idea to give them that item, as they will give you a much better item in return. I am not sure if this happens all the time, but so far in my case all these trades were really worth it!

9. Craft more items
Crafting benches are found everywhere in the Citadel and even new areas you travel to and you can use them to craft items from the loot you collect along the way. The only way to unlock new recipes is by trial and error, but if you check back soon on Touch, Tap, Play, we’ll have all the recipes listed for you so you have to do no second guessing.

Here are even more articles covering the game:

– How to get more Manipulator Chips

– All recipes in the game

These would be, for now, our Pocket Mortys tips and tricks – but we have a lot more coming up shortly, so make sure you get back to read more advanced guides and important item crafting/Morty collecting tips! Also, if you have any extra advice for fellow players, don’t hesitate to let us know by commenting below. 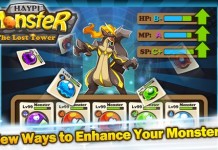 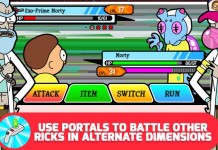 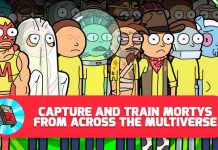