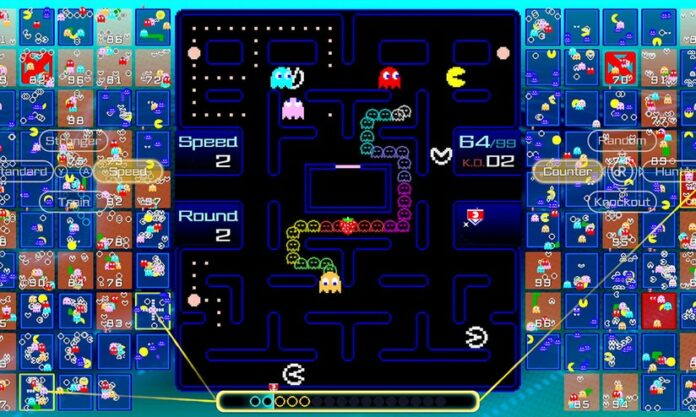 The Nintendo Switch console seems to have become the system to get for battle royale games fans. Not only Fortnite is available on the console, now running better than ever thanks to a new update, but also several exclusive titles have been made available exclusively for Nintendo Switch Online subscribers that twist classic games to provide exciting battle royale experiences.

Following Tetris 99 and Super Mario Bros. 35, the latter now no longer available, Pac-Man 99 is soon getting released on Nintendo Switch. As the title suggests, this new version of the classic arcade game has been tweaked to become a proper battle royale experience.

While the base Pac-Man 99 game will be made available for free to Nintendo Switch Online users, the game will receive additional modes via DLC. The Deluxe Pack, which will cost $29.99, will be the pack to get for those who want to get every DLC pack.

Pac-Man 99 launches on Nintendo Switch later today in North America and on April 8 in Europe.