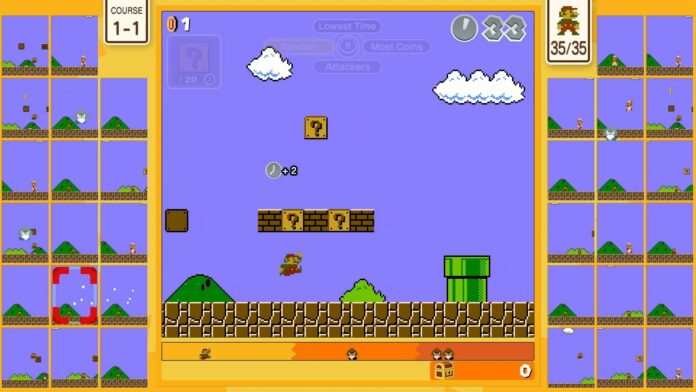 Super Mario Bros. 35 is now available for download for free for all Nintendo Switch Online subscribers.

Like Tetris 99, the game is a unique take on the classic Super Mario Bros. formula, as it pits 35 players one against the other as they try to complete stages from the classic game without dying.

What makes Super Mario Bros. 35 incredibly engaging is the ability to actually put together a strategy to defeat other players, as it is possible to send additional monsters to players who have the lowest time, the highest number of coins or those who are attacking you.

If you’re feeling particularly feisty, try sending a Bowser to someone’s who’s playing the very first stage of the game: chances are they are not prepared.

Super Mario Bros. 35 is now available on the Nintendo Switch eShop. The game will be available until March 31st, 2020, but it wouldn’t be surprising to see the game become a staple of the Online service as Tetris 99 did.