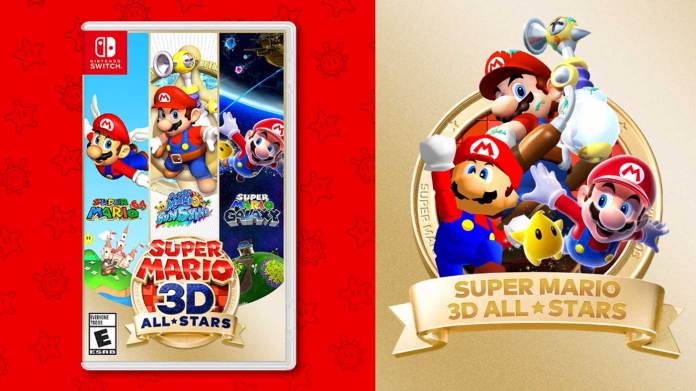 After months of speculation, leaks, and rumors, Nintendo finally made the announcement all Mario fans were waiting for.

With a surprise Nintendo Direct which officially opened the Super Mario 35th Anniversary celebrations, the Japanese company confirmed Super Mario 3D All-Stars, a collection that includes three classic 3D Super Mario Games – Super Mario 64, Super Mario Sunshine and Super Mario Galaxy. All three games will come with visual improvements and they will be fully optimized to play well on Switch. This is particularly important for Super Mario Galaxy, as the original Wii version used motion controls that are not available for the new console.

More Nintendo Switch titles have also been confirmed. The first one is Super Mario Bros. 35, an online-only, battle royale game that will put 35 players one against the other and challenge them to complete the entirety of the original Super Mario Bros. without dying once. This game will release on October 1st as a Nintendo Switch Online exclusive.

The third game revealed by Nintendo for the Mario 35th Anniversary is Super Mario 3D World + Bowser’s Fury, a new edition of the former Wii U exclusive game complete with online multiplayer and a few other additions that will release in February 2021.

A new entry in the Mario Kart series, called Mario Kart Live: Home Circuit, has also been revealed. Created in partnership with Velan Studios, the game is an AR racing title that requires a physical kart toy to play.

In case you want to check out these games yourself, you can find the full Nintendo Direct below.

Super Mario 3D All-Stars launches on Nintendo Switch on September 18th. The game will be a limited release available only until March 31st, 2021.