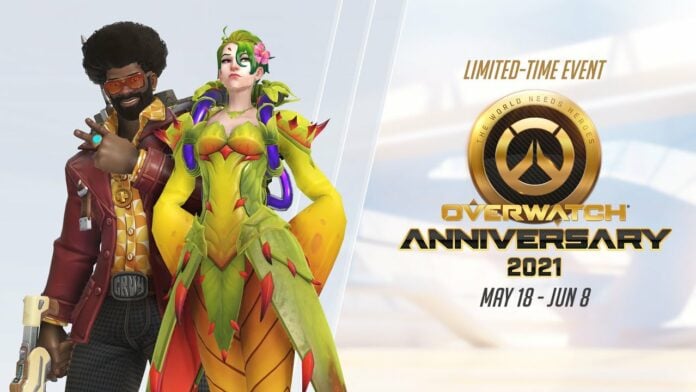 Overwatch has been going strong since its release, receiving new content and limited-time events that let players obtain new rewards. The game’s anniversary is coming up, and Blizzard is celebrating it in style with yet another special in-game event.

The Anniversary 2021 Limited-Time Event, which will run until June 8, will bring back play modes that players have enjoyed the most over the years like Winter Wonderland, Halloween Terror, Lunar New Year and more, allowing them to obtain new cosmetic rewards. As the game has only been released recently on Nintendo Switch, this may be the first time some players will be able to enjoy these modes.

To earn the rewards, players will need to play 9, 18, and 27 games in Quick Play, Arcade or Competitive Play. Winning games will also double points.

A trailer showcasing the Overwatch Anniversary 2021 Limited-Time Event has also been shared online, and you can take a look at it right below.

This is going to be a great week for all Overwatch players, as Blizzard is finally showing more of the highly anticipated Overwatch 2. The developer is set to showcase the new PvP content, which will make its debut with the second entry in the series, as well as new maps tomorrow, May 20.