Home Guides How to Get the Star Cannon in Terraria 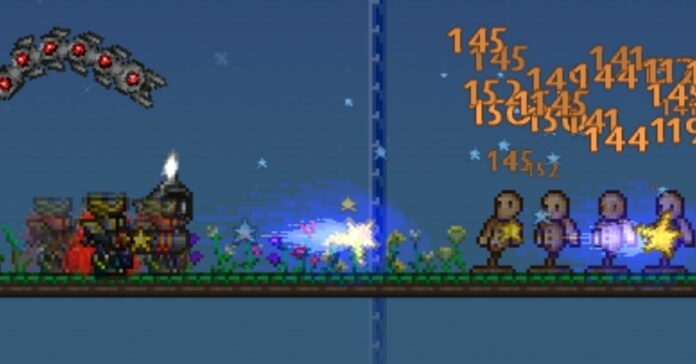 Killing difficult bosses, farming rare resources, and building objects of any complexity are all key elements of the multiplayer game Terraria. Undoubtedly, any player will find something to do in this game. The developers have focused on a variety of items as well.

There are three main classes: warriors, archers, and mages. The player can rotate to the specialty he or she likes at any time, all you need to do is to change the equipment. In the pre-hard mode stage, the division into classes is not as strong as at the end, so there are universal types of weapons that will help in the fight against bosses and other creatures. And Star Cannon is the best such gun. In this guide, we will tell you how to get the Star Cannon in Terraria.

RELATED: How to Obtain the Chain Gun in Terraria

How to craft a Star Cannon in Terraria

Perhaps the most important drawback of Star Cannon is the crafting process. To create a star cannon in Terraria, the player will need the following:

After crafting, the player will get one of the modifications that can be changed later, depending on the class you will choose. It should be noted that the mini-shark’s 33% chance of saving ammo when fired does not apply to the star cannon.

This is everything you need to know about getting a star cannon in Terraria. While you are here, read our guide on finding a wyvern in this game.