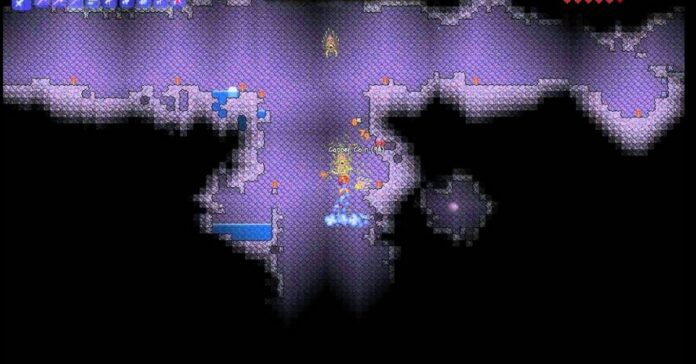 The Shadow Orb in Terraria is a deep purple orb found in deep crevices of the Corruption biome. It is easy to spot due to the dim light it emits. Often, in order to break it, you first need to destroy the Ebony blocks that surround it, which is possible only with the help of a Nightmare Pickaxe, Ember Pickaxe, or Dynamite. It is also possible to convert ebonite to stone using the Purifying Powder. In the guide below, you will find all the necessary information you should know about shadow orbs in Terraria.

The sphere itself can only be broken with a Hammer, Bomb, or Dynamite. Also, pay attention that it is very rare to find multiple Shadow Orbs close to each other. Therefore, you will need to explore a little bit.

RELATED: How to Get a Lava Charm in Terraria

After the destruction of the first shadow orb in the Terraria world, the message “A horrible chill goes down your spine…” will appear. After that, the Invasion of the Goblins starts being possible. The very first Orb that is broken always gives a Musket and a few bullets. As a result, the Gunsmith friendly NPC can come to your village. He will be needed to make Megashark.

After the destruction of the second sphere, the message “Screams echo around you…” appears. Nothing much happens except for a 50% chance of a meteorite falling.

After the destruction of the third sphere, the message “Eater of Worlds has awoken!” will appear. As a result, the Eater of worlds boss appears, after which the counter of shadow orbs is reset.

This is everything you should know about mysterious shadow orbs in Terraria. While you are here, read our guide on the Torch God secret event.