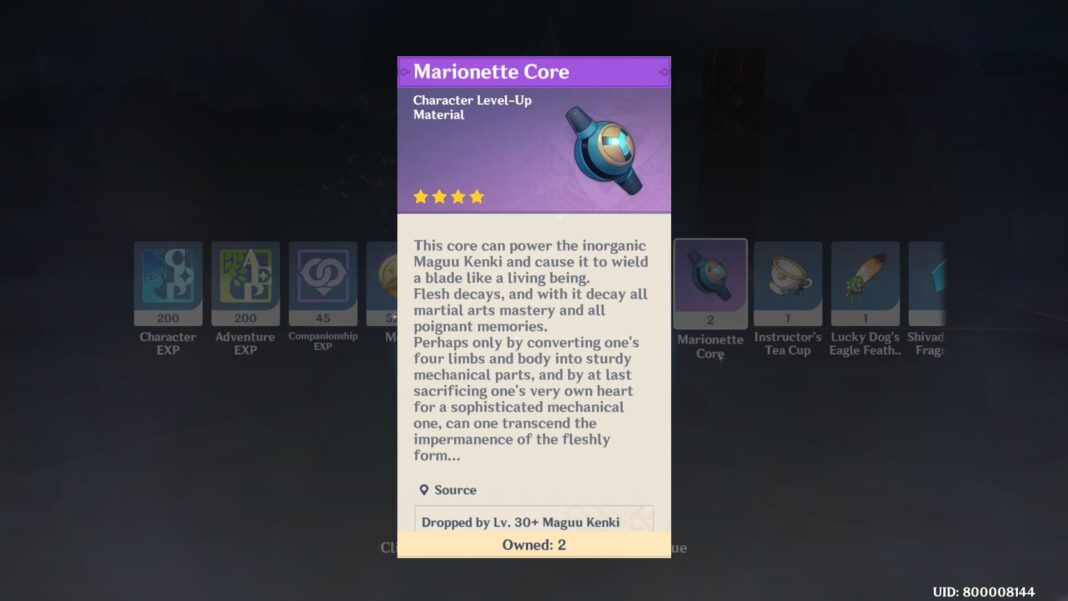 Marionette Core is a character ascension item in Genshin Impact, added in the game with the version 1.6 update. In this article, we will talk about the current uses of the Marionette core and where players can get it.

Currently, Marionette Core is only used for ascending the upcoming five-star playable Anemo user, Kazuha. He is the first Inazuma character to release in Genshin Impact. His banner will go live in the latter half of the version 1.6 update. Once players have wished and obtained Kazuha, they can use the Marionette Core to ascend his level.

How to get Marionette Core

Once players defeat the Maguu Kenki boss, they use Original or Condensed Resin to Revitalize the Trounce Blossom to get Marionette Core.

Depending on the Adventure Rank, you will get a wide array of rewards with different rarity.

Once players have fulfilled the quest requirements. That is, they have completed the quest Dodo-King of the Sea: Lying in Wait. They will get access to the Maguu Kenki boss arena.

So, where to find Maguu Kenki?. Players can find the Maguu Kenki boss arena on the Central Isle. You can use the below map as a reference to get there.