During the “The other side of isle and sea” world quest in Genshin Impact, players are asked to look for other Murals to progress through the quest. However, without a quest marker or search area, finding all the Murals is a rather daunting task. But, you don’t have to worry as we have the location of all murals.

Here is the location of All four Murals in Genshin Impact.

Teleport to Twinning Isle and go the the above player icon location.

There you will find the Twinning Isle Mural. Use picture mode or kamera of take picture of the Mural.

On the above player icon location, you will find the Nameless Isle Mural.

How to break wall to the cave using Wind Blessed Harpastum?

Time your normal attacks(uses a rotating orb) to revert the harpastum, back to the wall, till it breaks.

Go inside the cave and defeat the Geo Slimes and a Oceanid Creature. On the cave wall you will find Minacious Island Mural.

Teleport to Broken Isle and make your way to the player icon location as shown above.

On the wall, you will find Broken Isle Mural.

That’s all, after collecting the four Murals, you can progress through the quest.

Check out our full walkthrough guide on “The other side of isle and sea” quest to clear other sections of this quest. 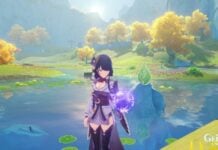 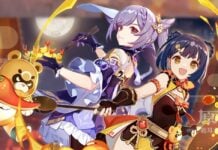