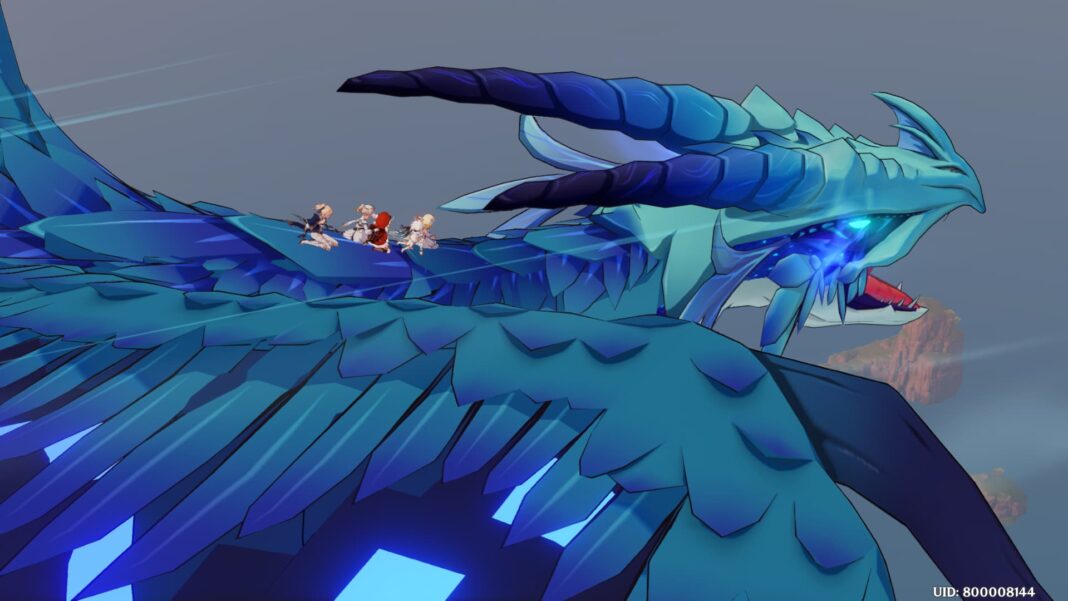 To unlock Mysterious Islands: Journey to Unknown quest, players must be at AR 21 or above. And they have to complete Klee’s Story quest “The Song of the Dragon and Freedom” and “True Treasure”.

Assuming you meet the requirements to unlock the quest, you can go to Genshin Impact Event’s menu to trigger the quest.

1. Go to the Knights of Favonius Headquarters

In the first section of the quest, you visit Knights of Favonius Headquarters and find Klee worrying about a mysterious letter from Dodoco King. The letter sets the pretext for the Golden Apple Archipelago islands and the quests and events.

Exhaust through Klee’s dialogue options to progress the quest. Since neither, you or Klee know about the Golden Apple Archipelago. You have to ask other people about it.

In this section of the quest, players have to talk to three NPCs who have played a significant role in past quests and events. We are talking about Cyrus, Marjorie, Huffman –

None of them have actually heard about Golden Apple Archipelago. So to learn about the mysterious island. Players have to talk to one of the smartest person in Mondstadt. We are talking about Lisa.

3. Go to Mondstadt Library and Talk to Lisa

Go to the Mondstadt Library and talk to Lisa. She will hint you to use the elemental sight on the mysterious letter.

After you use elemental sight[in a cutscene] you will get the map of the Golden Apple Archipelago, taking you a step closer to finding this mysterious location.

Next, players have to talk to Jean and ask for Golden Apple Archipelago and a leave for Klee so that she can visit the location with the Traveller.

This is the tricky part of Mysterious Islands: Journey to Unknown quest. After talking to Jean, players are asked to meet Jean, Barbara, Klee and Venti at Mondstadt square in-between 12:00 to 18:00 of the next day.

If your current time is less than 12:00 then setting the clock between 12:00 to 18:00 will not let you progress the quest. Since you are asked to meet the next day, you have to fast forward to next day by using in-game clock from Paimon’s Menu.

Meet others at designated time. Next, you have to talk to Venti to pinpoint the location of Golden Apple Archipelago.

Go to Windrise and talk to Venti. He will tell you about the Golden Apple Archipelago. And, he will also call Dvalin to help you reach the location.

After the cutscene, you will finally reach Golden Apple Archipelago, but it is surrounded by thick fog.

7. Go to the boarding point

To clear the fog surrounding Golden Apple Archipelago, players have to go to the boarding point and use the ship to Light up three devices.

The devices that the quest talks about is nothing but the portable teleport waypoints scattered on three islands. Once you have lighted them up by interacting with them, you have to return to the first Island where Dvalin left you, “the Pudding Isle“.

8. Go to high ground to ascertain the situation

Congratulations, you have reached the end of the quest. Just go to the high ground and trigger the last cutscene to complete the quest.