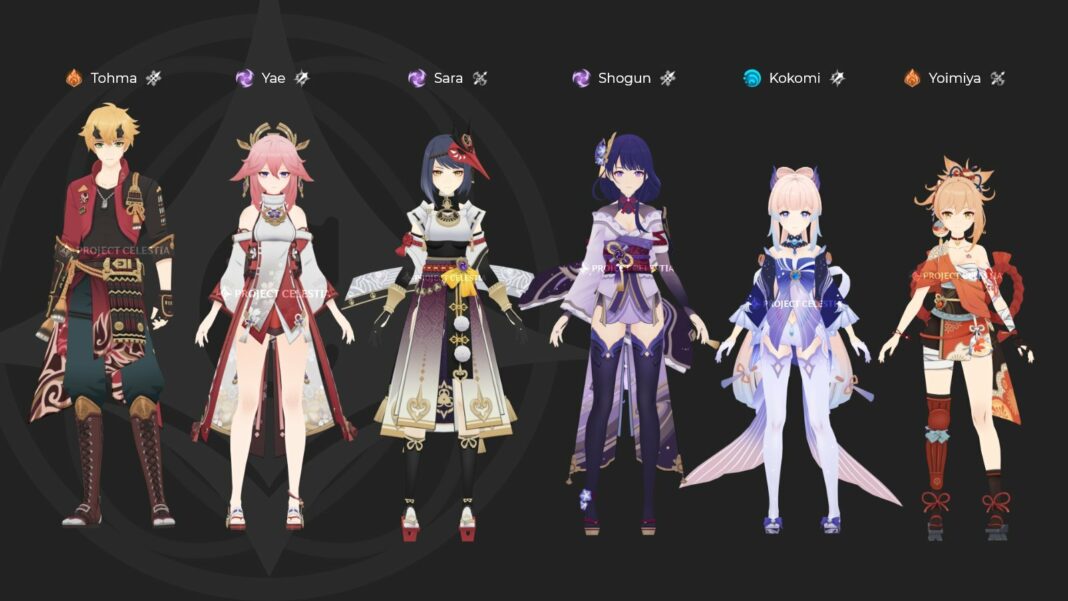 While Genshin Impact players were busily pre-downloading the version 1.6 update, Genshin Impact official Twitter account and leakers were battling in a Tug of War. Who can reveal more information on upcoming game content, including new playable characters, weapons, artifacts, etc.

After a series of Tweets on leaked data-mined information on Genshin Impact characters, we now have a list of new playable characters, some new, some previously leaked, coming to Genshin Impact with version 1.7 update and beyond.

New Inazuma Playable Characters coming to Genshin Impact with update 1.7 and beyond

Here is the list of characters that you can expect to release with the Genshin Impact 1.7 and beyond update.

In the above list of characters, we already have leaked, as well as official information on almost all characters except Kokomi.

As you can see in the above tweet from Project Celestia, Kokomi looks a lot similar to Mimi. Now whether Mimi got a rework or Kokomi being a completely new character, is yet to be known. You can even say that Mimi’s full name can be Kokomi, where Mimi is just a nickname. However, that is far-fetched for now, especially because we have non-existent information on her.

Another thing to notice here is the Electro Archon Baal, aka Shogun, is a Polearm user as per leaked information. Now to be clear, leaks are subject to change. So you can expect a change with Baal’s weapon of choice.

Secondly, as per Project Celestia the data-mined files were named as “Avatar_Lady_Pole_Shougun”. So there are three things that we can make out of this file name.

Whatever is the case, we will update you all, when there is a new piece of information.