Home Guides How to Get a Daedalus Stormbow in Terraria 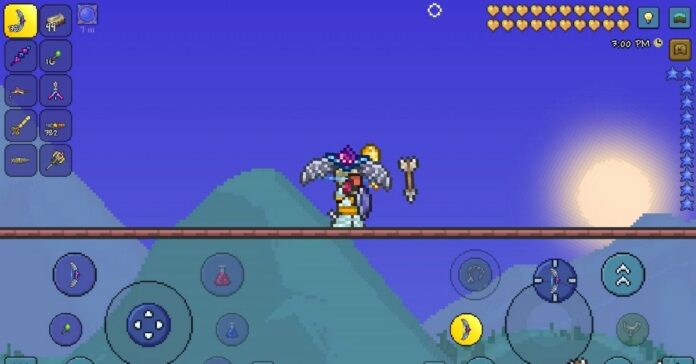 This article will discuss one of the rare items in Terraria – a Daedalus Stormbow. It can be dropped from some monsters, and it will give you a large increase in combat power. Let’s take a look at the characteristics of this weapon.

This item appeared in Terraria only in version 1.3. The bow shoots in a very unusual way – the player shoots an arrow upward, after which a hail of arrows falls on the enemies from the sky. From one, 3-4 heavenly ones are obtained. The weapon differs from other bows in high speed, but low accuracy, so using it against small monsters is very difficult – you can waste all the arrows you have.

The Daedalus Stormbow in Terraria has 43 units of damage, 19 points of attack speed, and its knockback is 2.25. The cost of the weapon is 8 gold coins if you sell it. Can be modified.

RELATED: How to Beat Ravager in Terraria | Everything You Need to Know

Now let’s figure out where you can get this bow. It should be said right away that it will not work to craft this item from resources. To get the item, you will have to fight with Hallowed Mimics. It is from them that an item can be dropped with a 25% chance. Therefore, most likely, the player will have to defeat the enemy several times.

Such an enemy appeared in version 1.3, like the aforementioned bow. He is an upgraded version of the common mimic. Occasionally, the enemy dodges your attacks and reflects bullets back at the character.

Now you know how to get such a powerful weapon in the game. However, to unlock its full potential, you will have to learn how to use its arrows correctly and hit small enemies.