Home Guides Hallowed Bar in Terraria: What Is It for and How to Get... 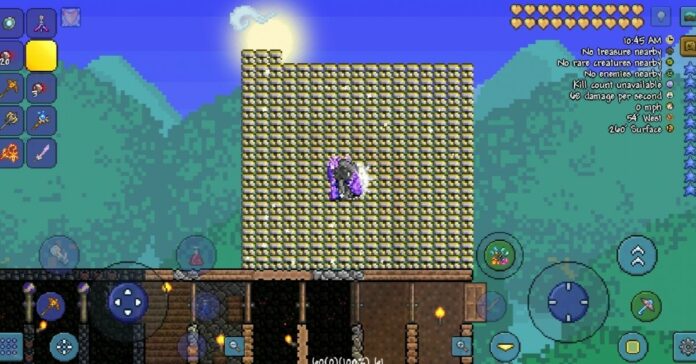 The computer and mobile game Terraria has a huge number of opportunities for the collecting of resources and the crafting of items. These include various sets of armor, weapons, and so on. This guide will describe a material called the Hallowed Bar in Terraria. Let’s consider the properties, purpose, and methods of its farm.

Why Is Hallowed Bar Needed in Terraria?

Hallowed Bar is used to craft weapons, armor, and special tools. In addition to using an item in crafting and recipes, it can be used as a building material or decoration.

The cost of one unit of the item is 40 silver coins. The maximum number of bars in one inventory slot is 99 pieces. The hallowed bar is used in Terraria when crafting the following items:

How to Get the Hallowed Bar in Terraria?

We figured out what the hallowed bars are for. Now we need to talk about how to get this resource.

To begin with, it is worth noting that you can get an item in hard mode only. In a simple mode, there is no this resource, which means that it will not work to craft the items listed above. The second point is that these bars drop out only from defeated bosses. These are the Twins, Destroyer, and Skeletron Prime.

You will not be able to craft hallowed bars in Terraria on your own using other resources and anvils. You will have to try to win the battles with bosses.

This boss is a complicated version of the eye of Cthulhu from the normal game mode. These are two eyes connected by a thread. The green eye shoots a stream of flame, and the red one shoots a violet laser. After losing half of his health, this boss gets different, more powerful abilities. You can defeat the enemy with the help of fast movement and dexterity.

This is an improved version of the Eater of Worlds. It can be called at night by a mechanical worm. The boss has 8 thousand health points, so the fight with him will be long. Loot from the enemy appears in the place where you dealt him finishing damage.

A stronger version of the regular Skeletron. Summoned at night using a mechanical skull. It must be destroyed in one night, otherwise, in the morning, all attacks on it will inflict no more than 1 unit of damage.