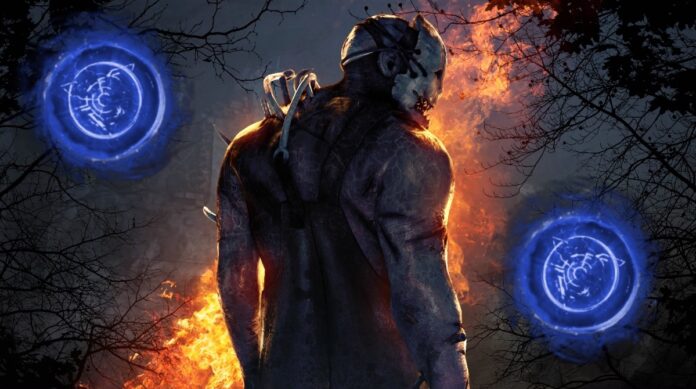 Dead By Daylight’s glyph challenges appear as a part of practically every tome and can be completed by either Survivors and Killers. There are different coloured glyph challenges that can show up in a tome. They come in different levels of difficulty, requiring various methods to complete them. All glyphs require the Survivor or Killer to interact with the glyph during a game. Some glyphs are Survivor-only (blue, yellow, white), and one is for the Killer only (purple). The white glyphs are considered the trickiest because they must be picked up and taken very carefully to the Basement. Green and red glyphs, meanwhile, can be completed by either Killer or Survivor and are the easiest to complete. The blue glyphs are a little more difficult than the red glyph. Find out more below!

What is the Blue Glyph?

When the player has entered the match, they must find a blue diamond-like shape which appears when they approach it.

To commune with the blue glyph, players must approach it and use the interaction button. The trick to complete the blue glyph challenge is that the player has to also successfully escape. This is what makes it specifically a Survivor-only challenge.

How to Get the Blue Glyph in Dead By Daylight