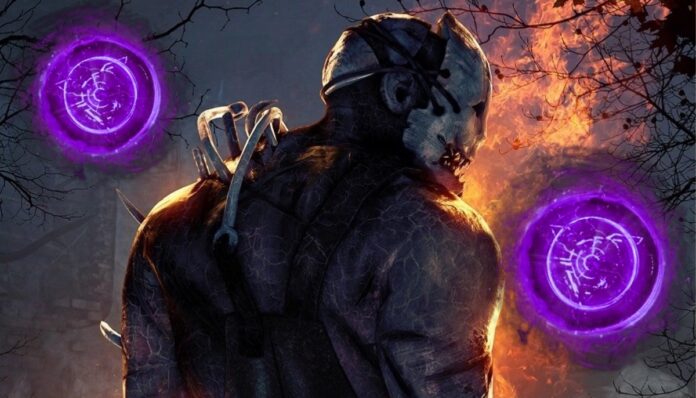 Dead By Daylight’s glyph challenges appear in almost every tome for both Survivors and Killers. There are a variety of glyph challenges to complete, each with a different colour and level of difficulty. The green and red glyphs require the Survivor or Killer to interact with the glyph during a game. The rest of the glyphs are Survivor-only. With blue glyphs they must interact with the glyph during the game and then escape, yellow glyphs involve completing multiple skill checks, and white glyphs must be picked up and taken to the Basement. The Killer-only glyph is the purple glyph.

What is the Purple Glyph?

The purple glyph is a Killer-only challenge found in a tome. To accept the challenge players must visit the Tomes, first completing any challenges that lead to the one you want. Sometimes the challenge asks to just find one purple glyph, and other times it requires two glyphs to be found in two matches. Once the challenge is complete, players are rewarded with Bloodpoints and Rift Fragments which help them level up.

When entering a game, the Killer must find the glyph and interact with it before the game ends. The purple glyph can be spotted by the trail of purple ooze it leaves on the ground. Killers must follow this trail to find the glyph itself.

When finally the Killer finds the purple glyph they must ‘commune’ with it using the interaction button.

Once the glyph has been interacted with the Killer has completed the challenge and nothing more needs to be done… Except hooking those pesky Survivors! Good luck!

How to Get the Purple Glyph in Dead by Daylight