Home Game Guides How old is Rosaria in Genshin Impact 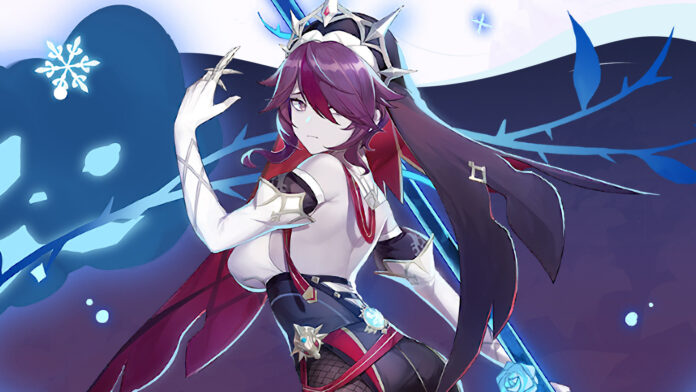 Rosaria is an upcoming four-star playable character in Genshin Impact who may arrive in the game with version 1.5 or beyond update. While Rosaria was among the eight leaked characters of Genshin Impact which included Kazuha, Hu Tao, Mimi etc, the main hype for her began when she was officially introduced in the game as an NPC with the Genshin Impact 1.2 update.

We already have covered Roasaria’s leaked idle animation, her elemental abilities and other information, and with this article, we will talk about Rosaria’s age in Genshin Impact, along with a few other details.

Rosaria Abilities and Weapon of Choice

The four-star playable character Rosaria is a Cryo user whose weapon of choice is a Polearm. Here attack ability is called Education Spear. Moreover, her elemental skill is called Confession – using this skill Rosaria quickly moves behind the target enemy, piercing and slashing with the polearm – causing Cryo damage.

Rosaria’s elemental burst attack is called the Sacrament of Life. In this attack, Rosaria performs a 360 swing using her weapon, knocking down all the surrounding enemies, and at the same time, ice spears hit the ground causing Cryo elemental damage. While the Ice Spear exists, it releases chills, causing AoE cryo damage.

Rosaria is a member of the Church of Favonius in Mondstadt. She is an adult whose character design resembles a vampire nun thanks to her ghostly pale grey skin. As for now, Rosaria’s in-game reference and appearance don’t exactly tell how old she is, but we do know that she is an adult. Her height is similar to Ninnguang and Beidou.

Keeping all that in mind, we can assume that Rosaria is at least 24 years old in Genshin Impact. She is a full-fledged adult and not a young adult because that would make her age around 18 to 22.

How old is Rosaria in Genshin Impact