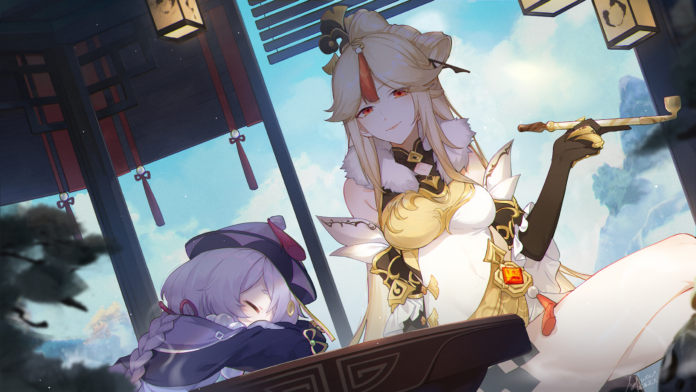 Genshin Impact version 1.2 update is live and running. It is the second major update that Geshin Impact has received, since its launch – which took place on September 18, 2020. With the new update, we have a plethora of content to dig right into. However, in this guide, we are going to talk about the updated weapons banner – The Epitome Invocation.

This time around, Genshin Impact’s weapons banner – The Epitome Invocation feature a timed exclusive five-star sword Summit Shaper, a five-star Catalyst Skyward Atlas and five of the many four-star weapons including-

The aforementioned weapons have a boosted drop rate, also we have already discussed the main featured weapon Summit Shaper, its official stats, ascension material requirements, passive abilities, and much more. So, this time around, in this guide – we are going to talk about the five-star Catalyst Skyward Atlas, its stats, upgrade materials requirements, and other details. So, without any further ado let us move on to Skyward Atlas Weapon Guide.

“A cloud atlas symbolizing Dvalin and its former master, the Anemo Archon. It details the winds and clouds of the northern regions and contains the powers of the sky and wind.“

The attributes and stats offered by the Skyward Atlast catalyst make it a good DPS weapon. Here are the official weapon stats of Skyward Atlas –

The special ability or many me refer to it as the passive ability of Skyward Atlas is officially called Wandering Clouds. And, from the aforementioned weapon’s description, you all might have noticed why it is called that.

Now moving on to the ability itself, it increases Elemental DMG Bonus by 12%. Normal Attack hits have a 50% chance to earn the favor of the clouds. which actively seek out nearby enemies to attack for 15s, dealing 160% ATK DMG. Can only occur once every 30s.

In order to ascend the five-star catalyst Skyward Atlas, players have to farm the following mentioned items.

As the ascension level increases, players will have to get the higher variant of the above items, except Mora – as it is a currency. For players who don’t know, the higher variants can be crafted using Alchemy Bench found in Mondstadt or Liyue.

How to get Skyward Atlas in Genshin Impact